The Joker will be opening next year at Six Flags Over Texas, Six Flags Great America, and Six Flags New England.

This will make it 5 S&S 4-D coasters in the chain.  Six Flags previously opened this type of ride in 2014 at Six Flags Fiesta Texas and 2015 at Six Flags Great Adventure. 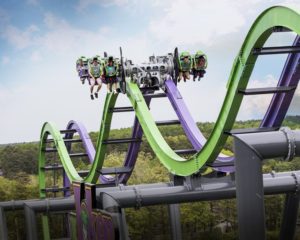 Honorable Mention: Cannibal at Lagoon
While not in the top 10, it was hard not to recognize Cannibal.  This new for 2015 ride is one of the most unique 200ft+ roller coasters in existence.  It combines lap bars, an elevator lift, and multiple inversions to provide a very thrilling ride. 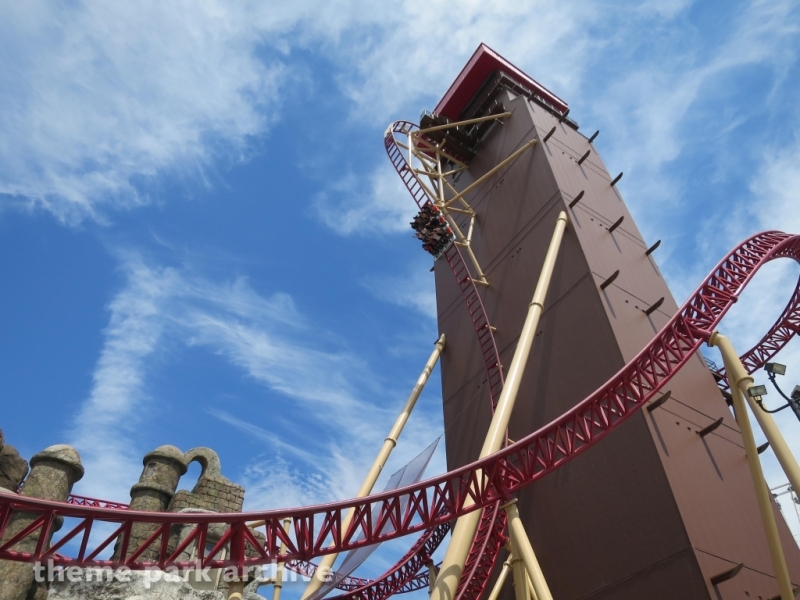 Honorable Mention: Griffon at Busch Gardens Williamsburg
Griffon is one of B&M’s boldest dive coaster efforts.  Set in the backdrop of the New France section of the park, Griffon contains the largest dive coaster trains (10 across) and a signature first drop under a bridge, not to mention a water splashdown at the end.  It’s hard to leave out the other 200 footer at the park, Apollo’s Chariot, too. 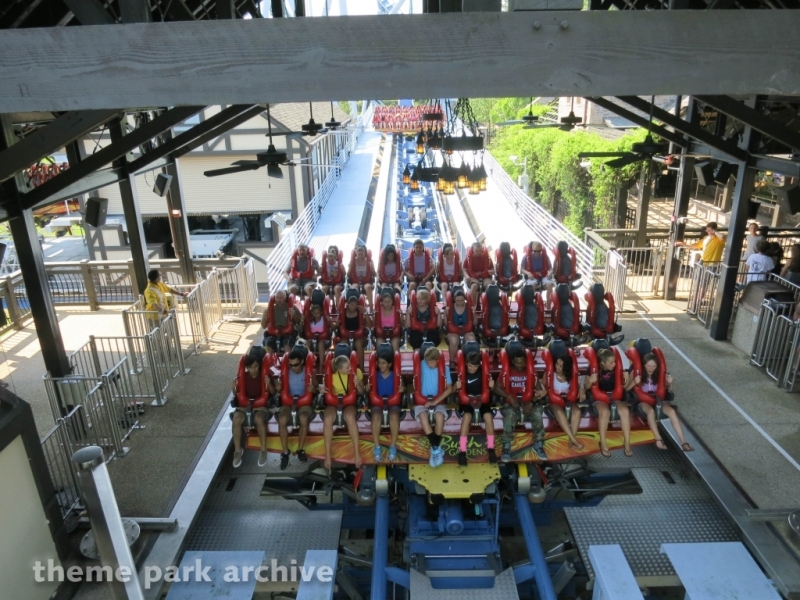 Honorable Mention: Top Thrill Dragster at Cedar Point
All current roller coasters that surpass 400ft are of a similar style.  The rides are very short, but exhilarating providing 100+ MPH speeds.  Of the strata coasters, Top Thrill Dragster gets our vote as the top ride due to its more comfortable and open train design. 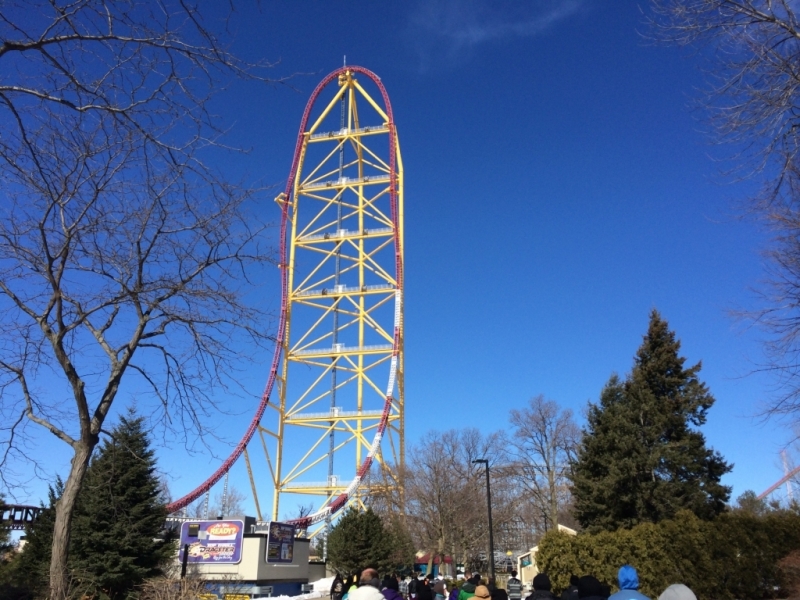 10: Phantom’s Revenge at Kennywood
Originally the Steel Phantom, this ride was redesigned by Morgan transforming it from a rough Arrow looper to a fantastic hyper coaster.  This ride is famous for having its second drop be the longest on the ride, diving into the valley through Thunderbolt. 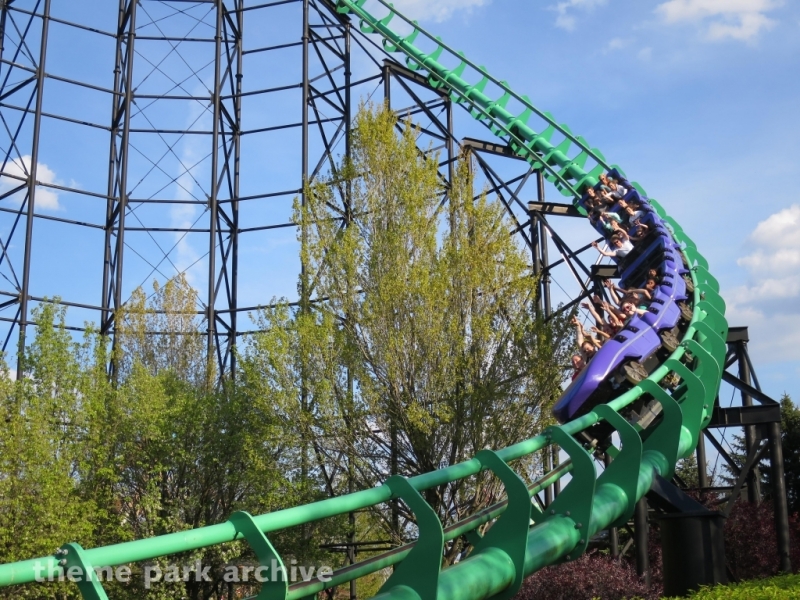 9 : Diamondback at Kings Island
Diamondback distinguishes itself through its use of B&M’s two across hyper trains and track layout that has it disappear into the Maumee river valley.  Diamondback’s finale is an interesting water splash element. 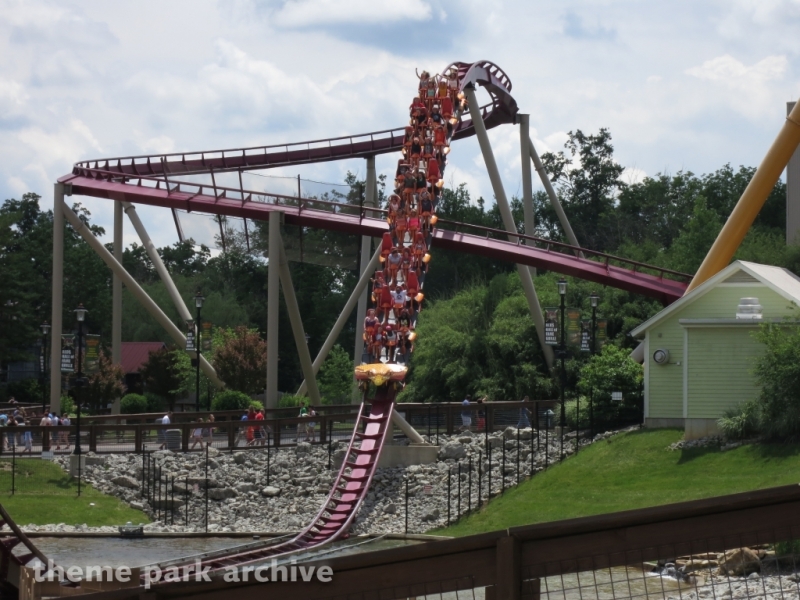 8: Skyrush at Hersheypark
If you like ejector airtime, few do it better than Skyrush.  This ride contains unique 4 across trains where you can ride over the track, or on a wing. 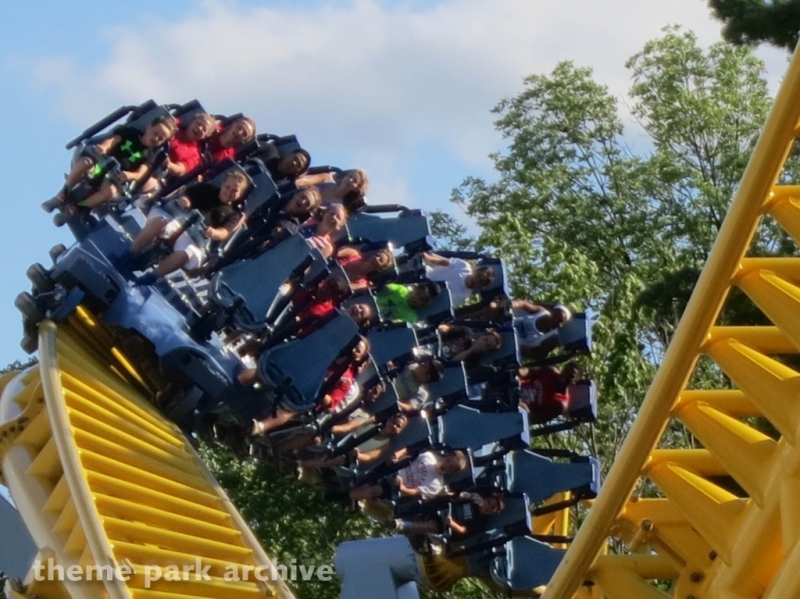 7: Leviathan at Canada’s Wonderland
Leviathan is B&M’s first giga coaster.  This ride carries incredible speed across its over mile long course that includes interacting with the park entrance.  This ride also includes one of the highest and longest brake runs. 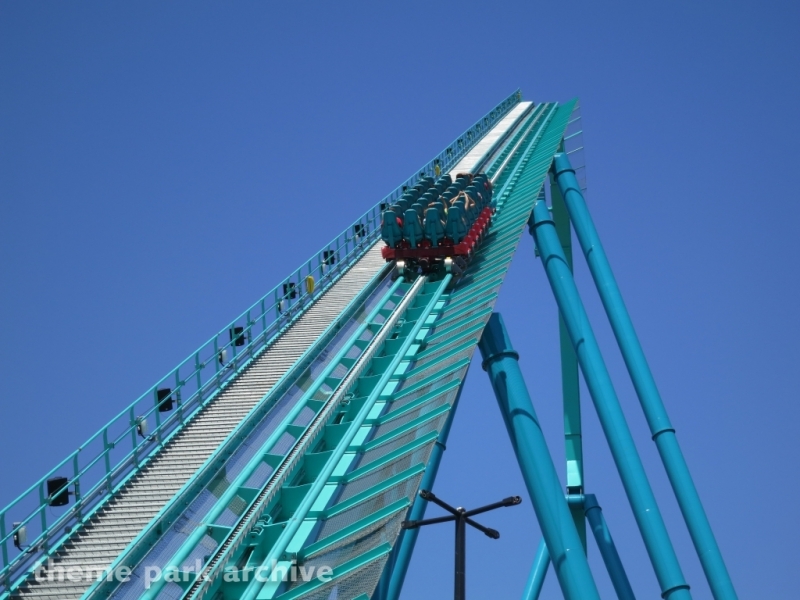 6: Nitro at Six Flags Great Adventure
Of the first generation of B&M hyper coasters built, Nitro has the most aggressive and intense layout.  Nitro is one of the rare Six Flags roller coasters that ends up soaring through a forest and not over an abandoned parking lot. 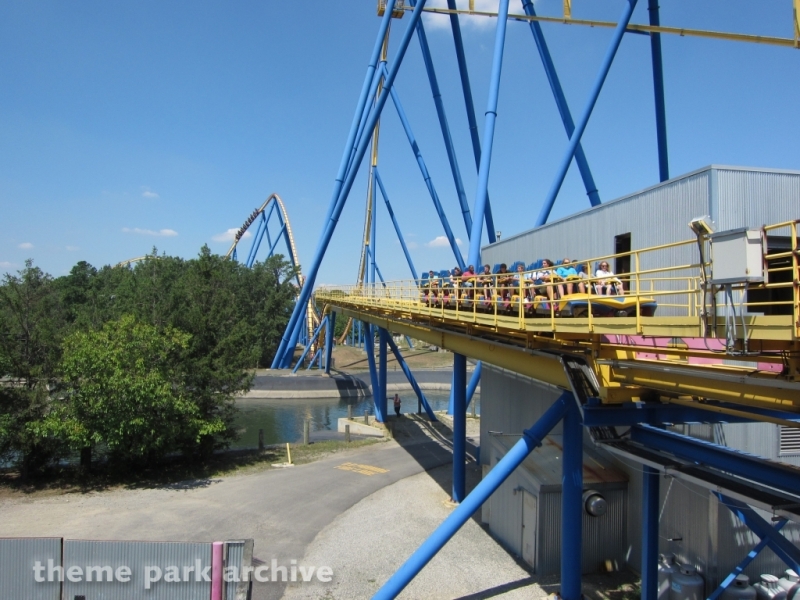 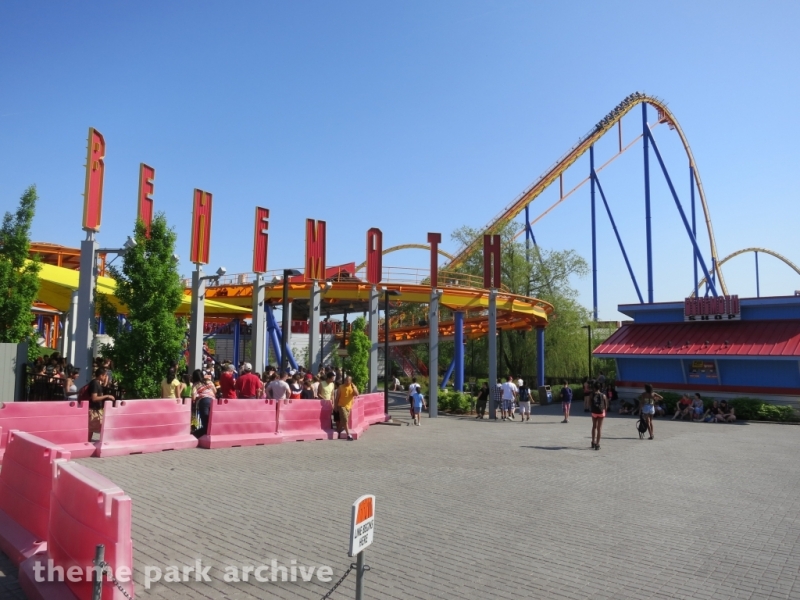 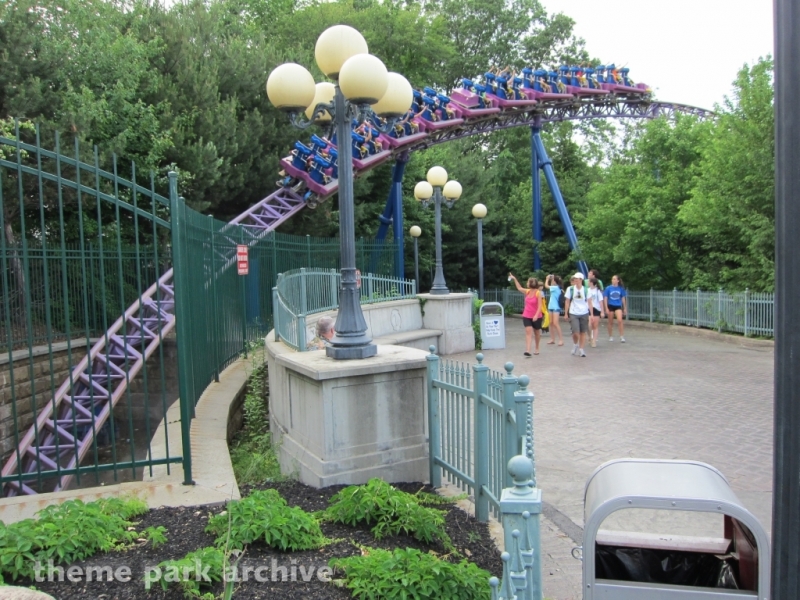 3: Millennium Force at Cedar Point
If we are just ranking the best drops, this ride’s drop takes the cake.  There is nothing like getting yanked by the elevator cable lift system and dropping at 93 miles on hour while taking in the views from the Cedar Point peninsula. 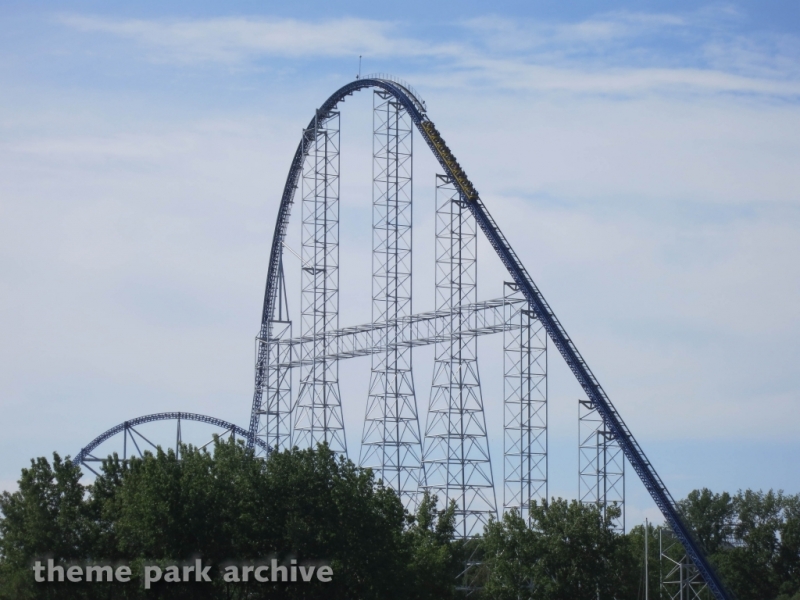 2: Intimidator 305 at Kings Dominion
Intimidator 305 builds upon the precedent laid by Millennium Force and then takes it up another notch by adding crazy high lateral transitions swerving left and right while going over 90 miles an hour.  This ride had to be redesigned due to how many people were blacking out after the first drop.  Even with track modifications, the intensity did not go away at all. 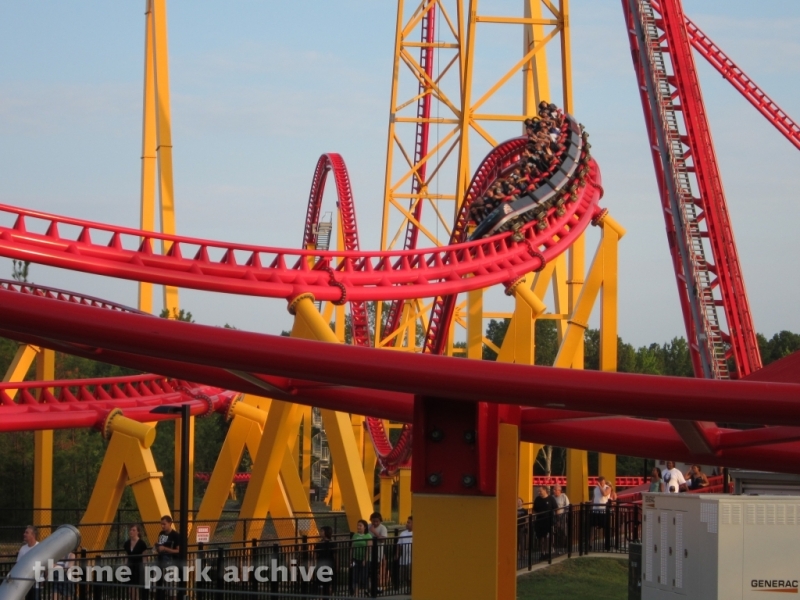 1: Fury 325 at Carowinds
Fury 325 is B&M’s boldest entry to date.  The ride takes the speed introduced by Leviathan and adds several airtime hills that together land this ride at the top of our list this year.  At night, the ride comes alive with its great-very green lighting package. 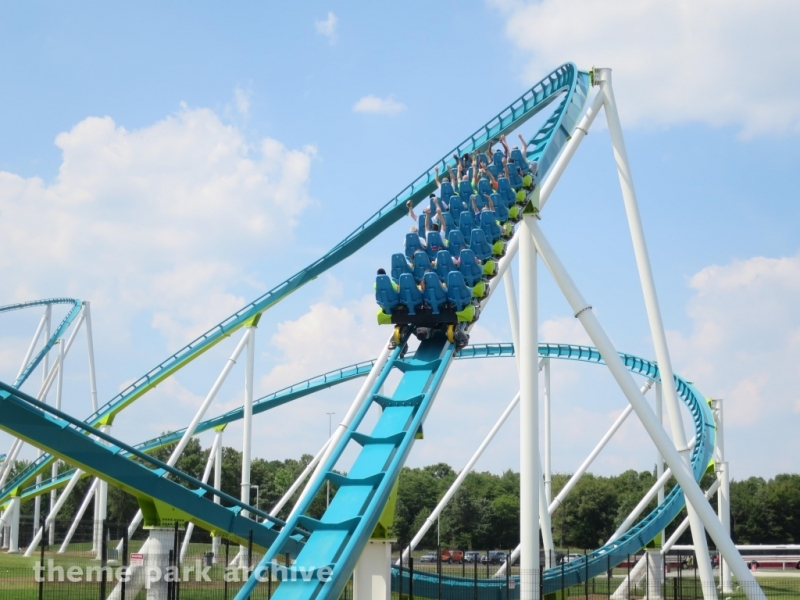