We ride the Jersey Devil Coaster

In this photo update, we visit Six Flags Great Adventure for the first time since the pandemic started. It was the day before the 4th of July, and yet due to a sketchy weather forecast, the crowd levels were way down. We lucked out and the weather was actually pretty good and this led to a great visit at the park.

The new attraction at the park was the Jersey Devil Coaster, a second generation RMC Raptor track single rail coaster. The layout of the ride is great, but oddly enough the ride featured a small rattle throughout the entire course. It was as if you could feel a slight bump between every track section. This phenomenon doesn't seem to be present on the other Raptor coasters we have been on. On a positive note, the loading process is very efficient based on a continuous motion station and three train operation. We got over 15 rides on Jersey Devil Coaster alone.

Elsewhere in the park, the Log Flume and El Toro were sadly down due to accidents that had happened earlier in the year. The Safari was not being operated as an attraction at the park, but rather as a separate gate activity where you drive your own vehicle around like you used before. A temporary walkthrough dinosaur experience was setup where the Safari station in the park used to be.

Follow along as we take you through what a visit to Six Flags Great Adventure looks like in 2021. 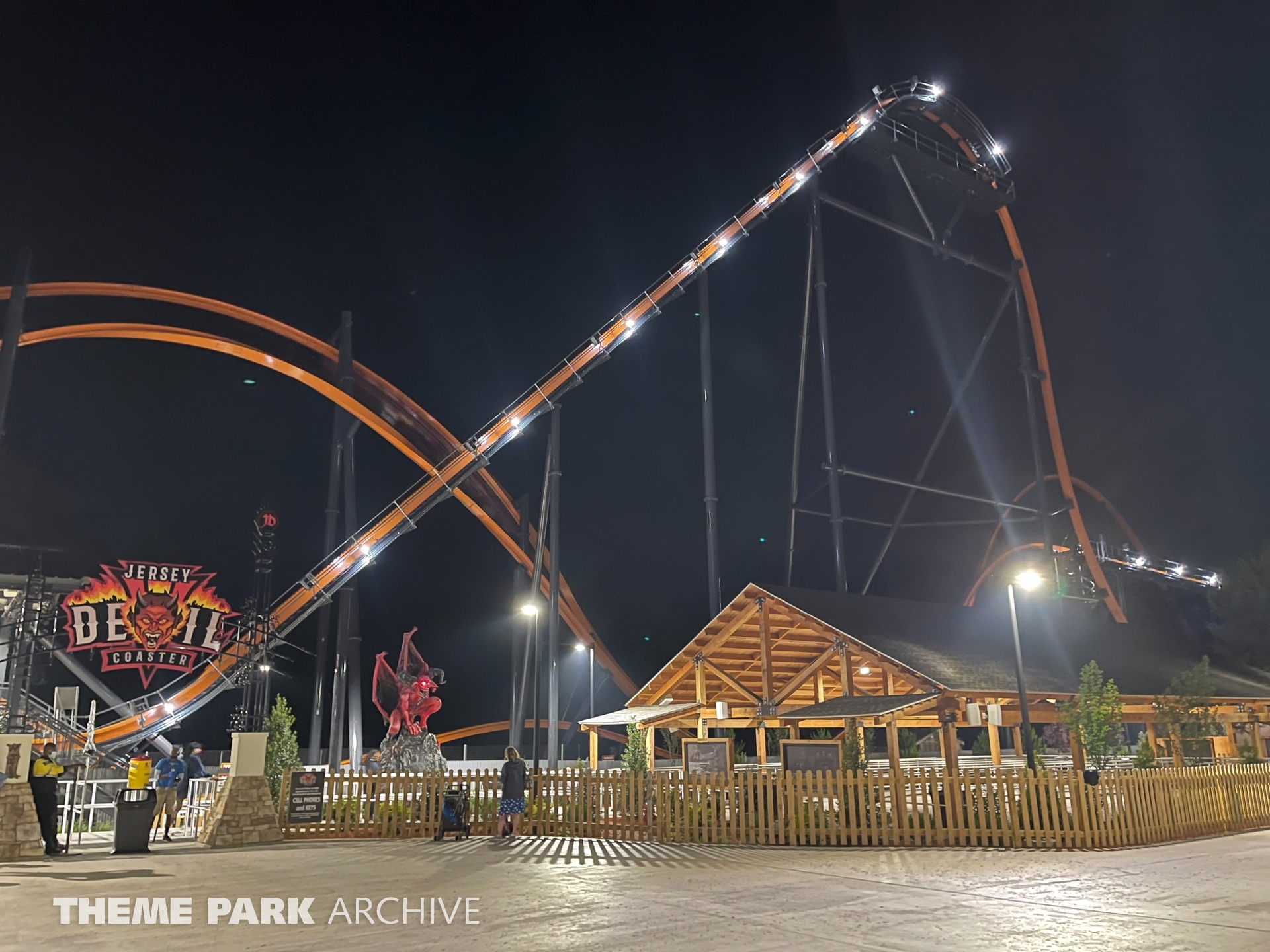 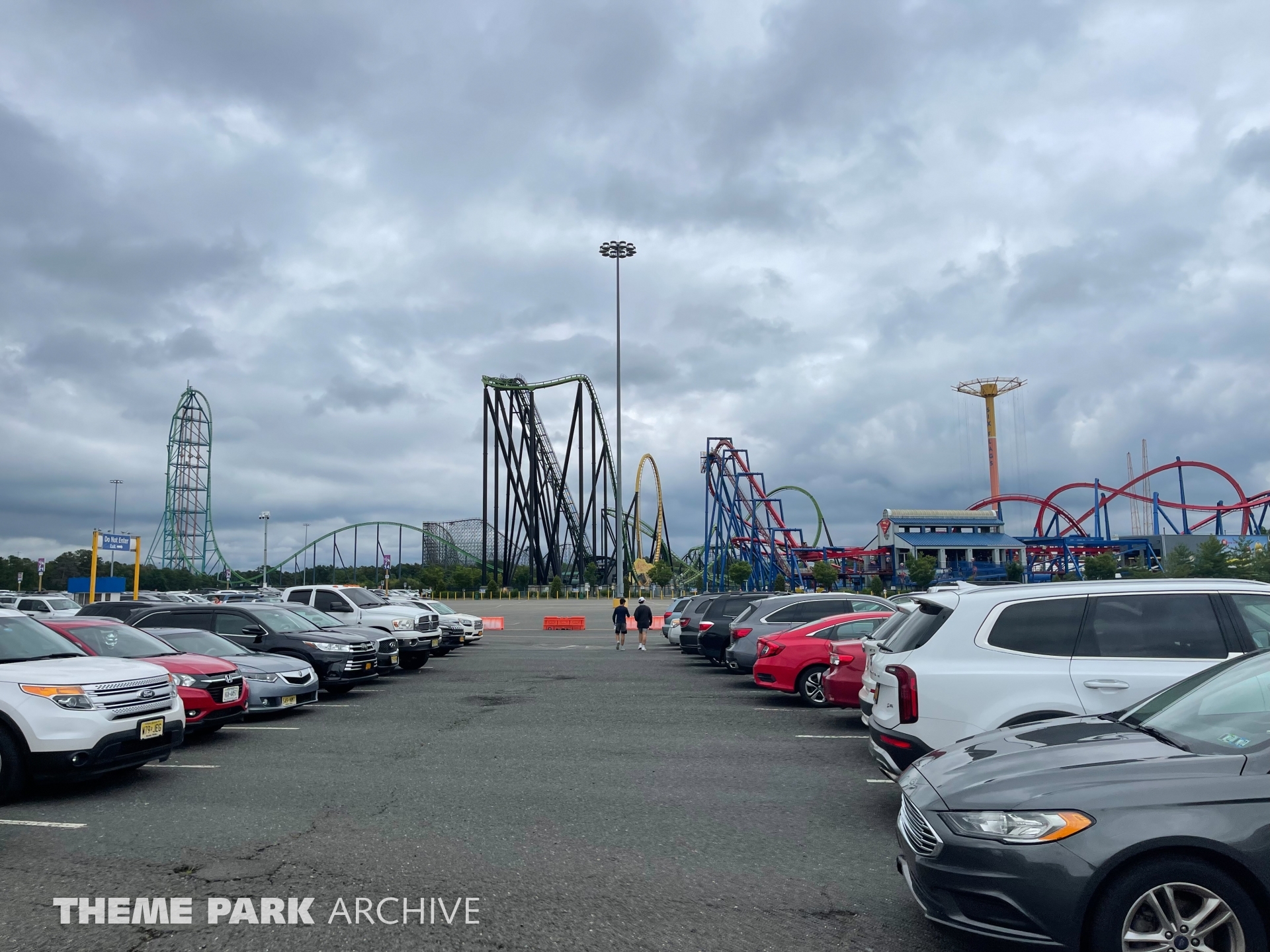 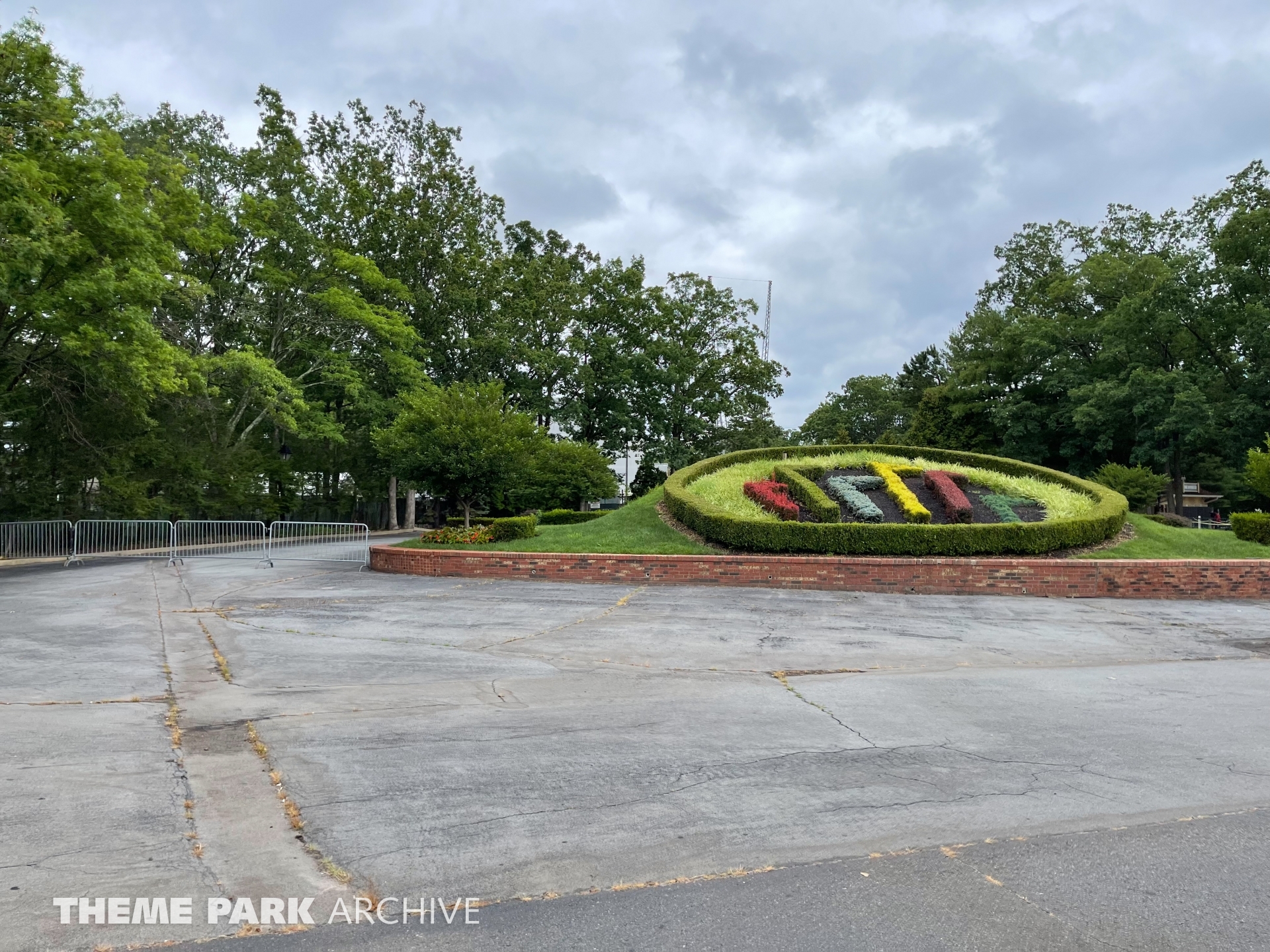 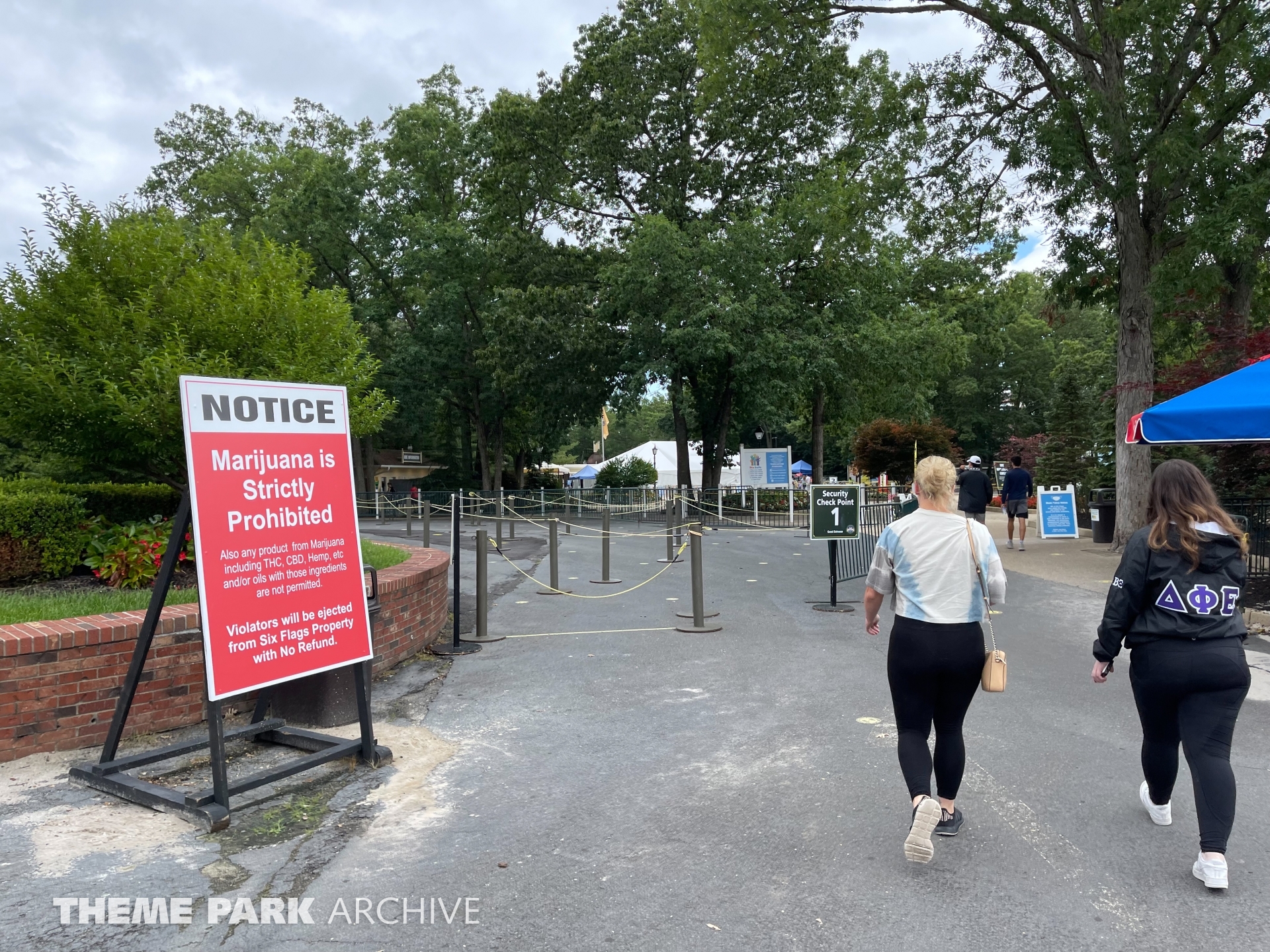 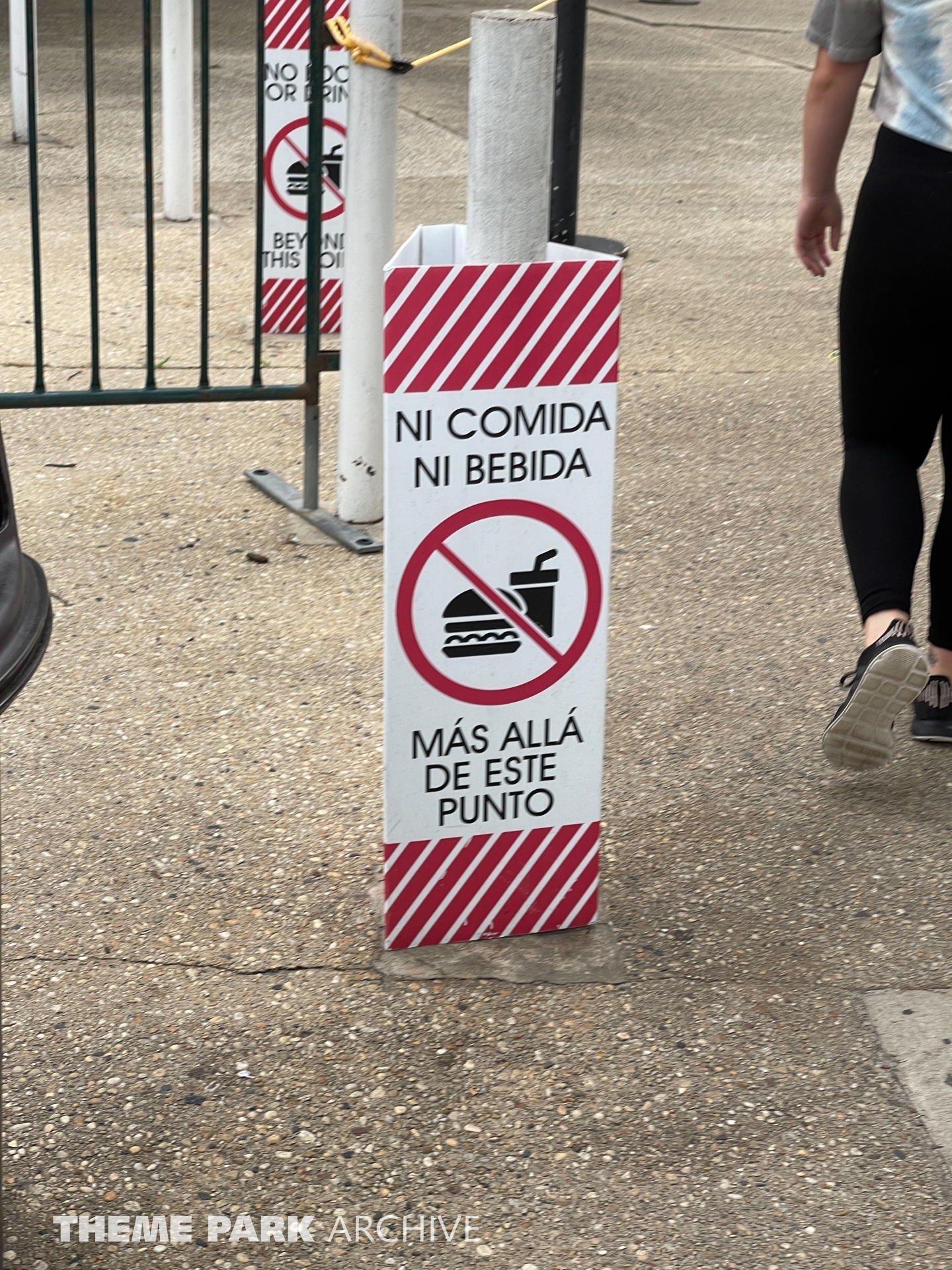 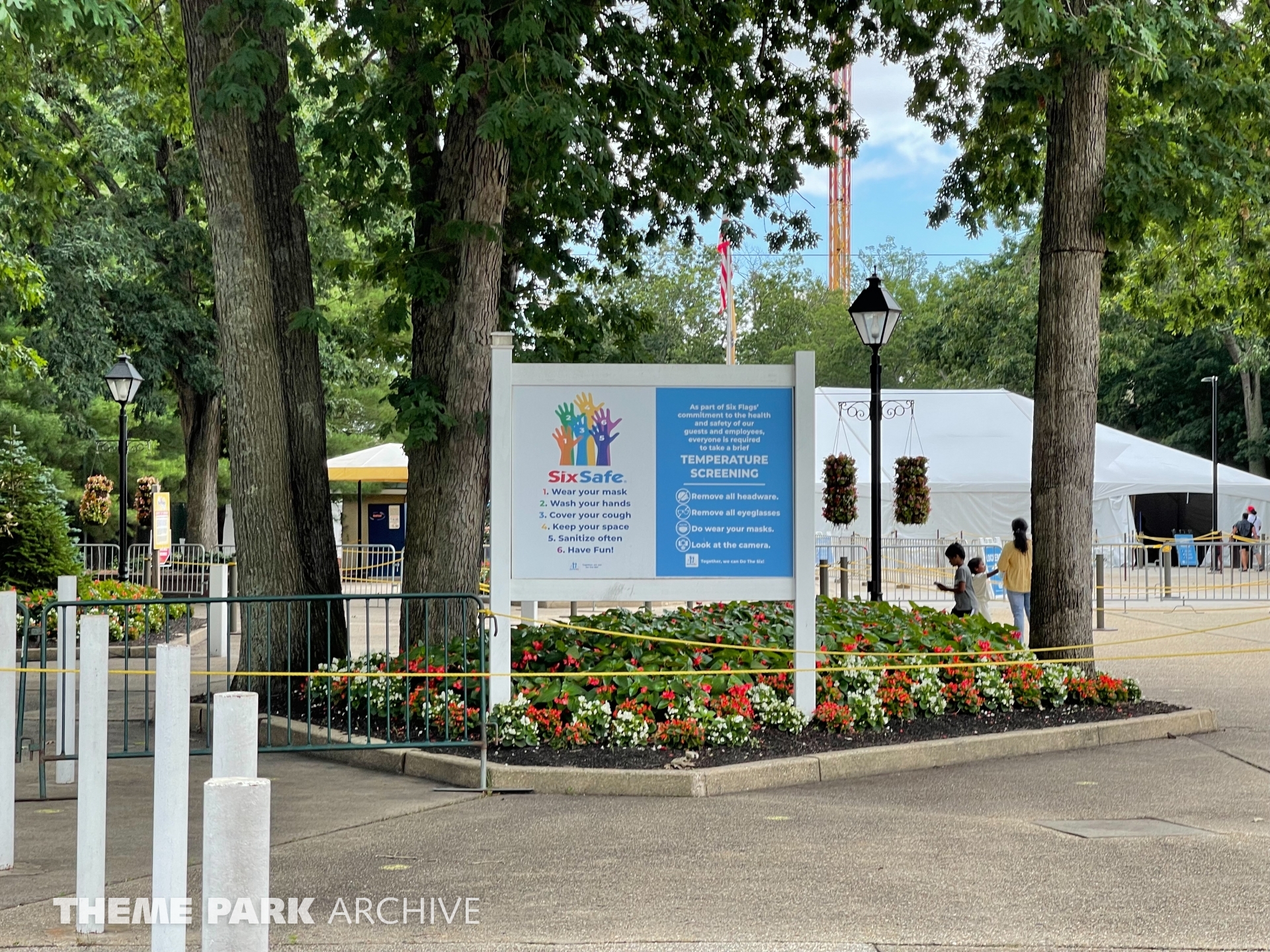 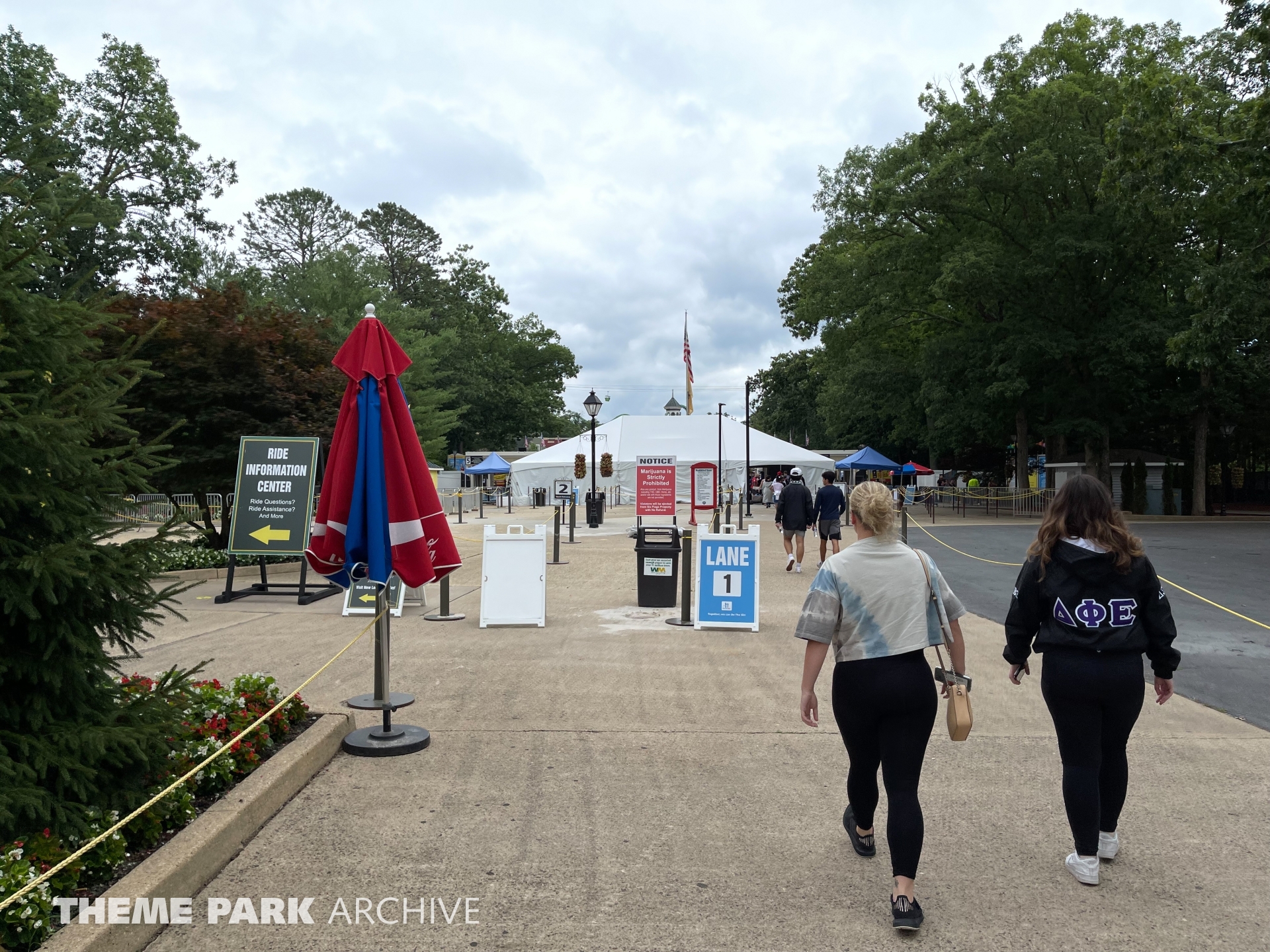 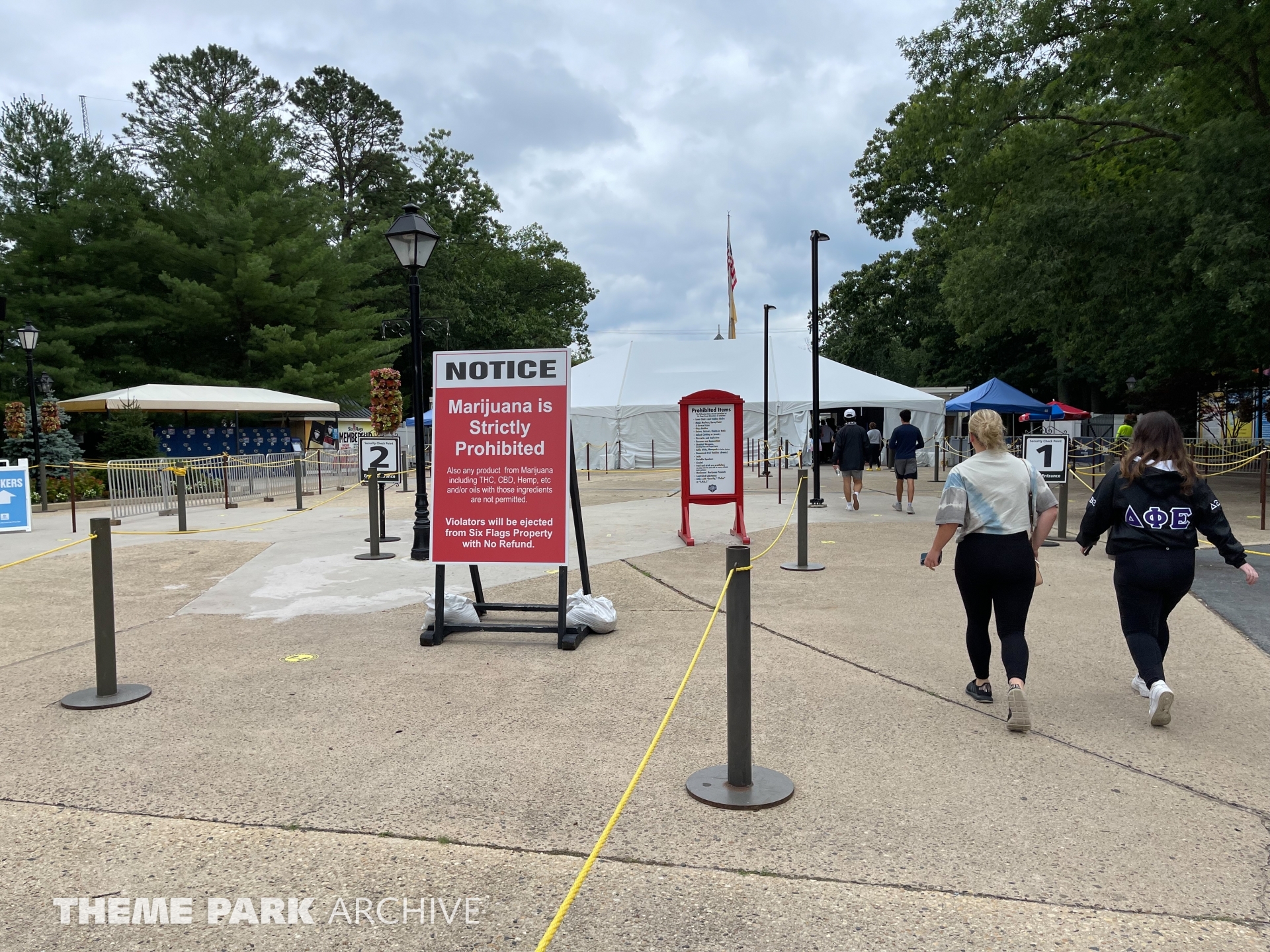 Entrance - Six Flags Great Adventure
Date Taken: 07/03/2021
Date Posted: 12/14/2021
Inside the tent are Evolve scanners which I must say have much better throughput than the old metal detector system. 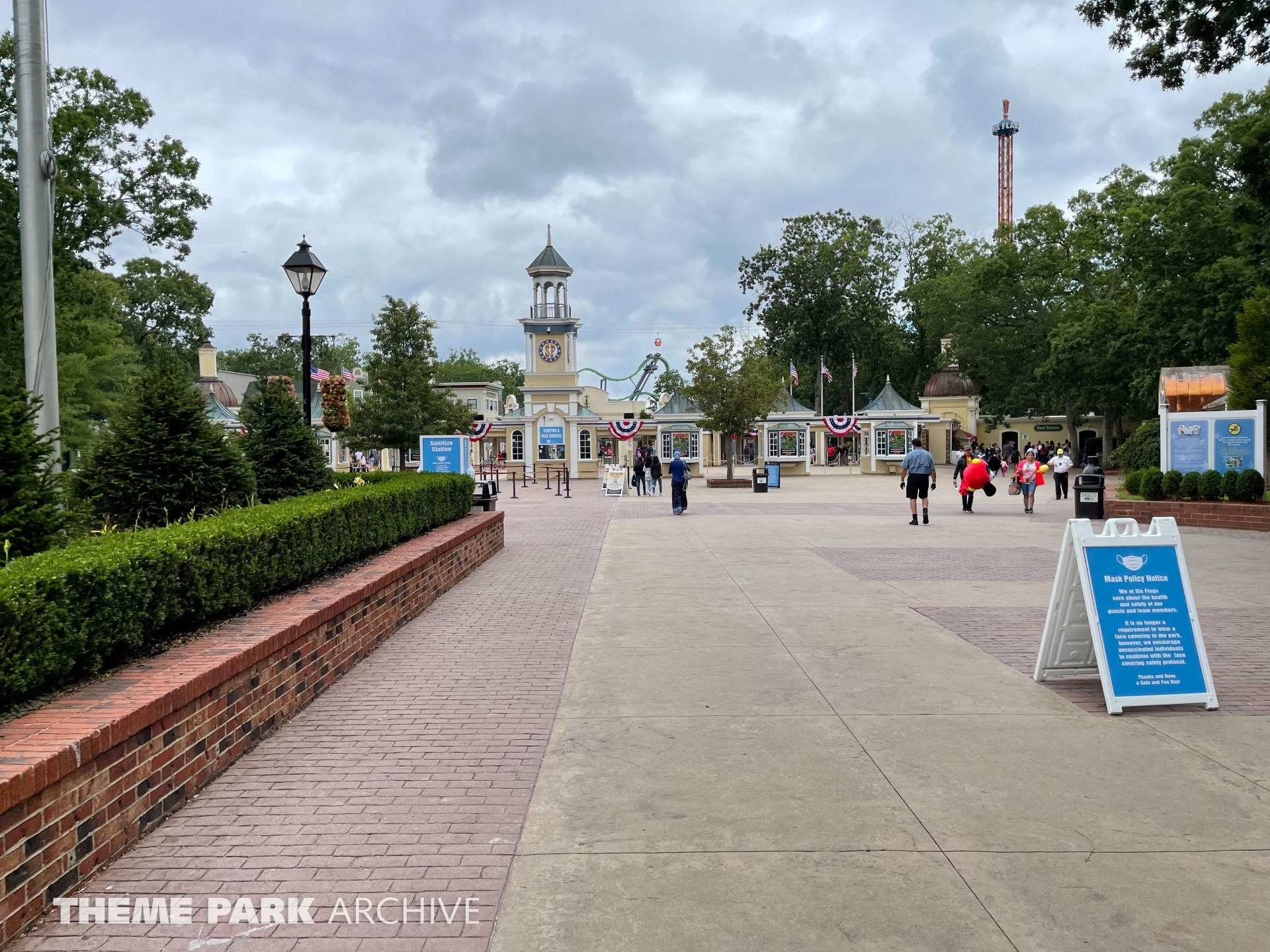 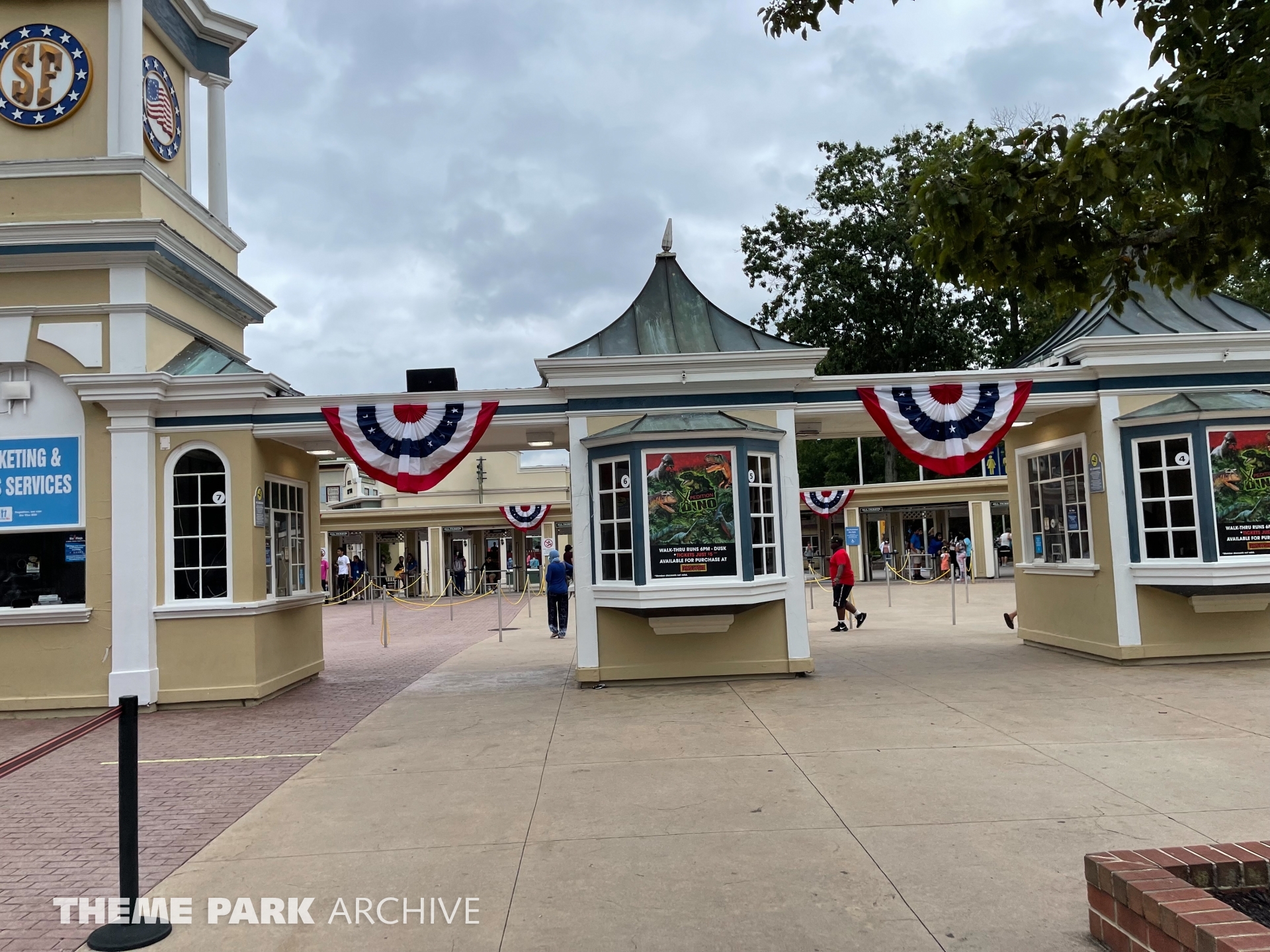 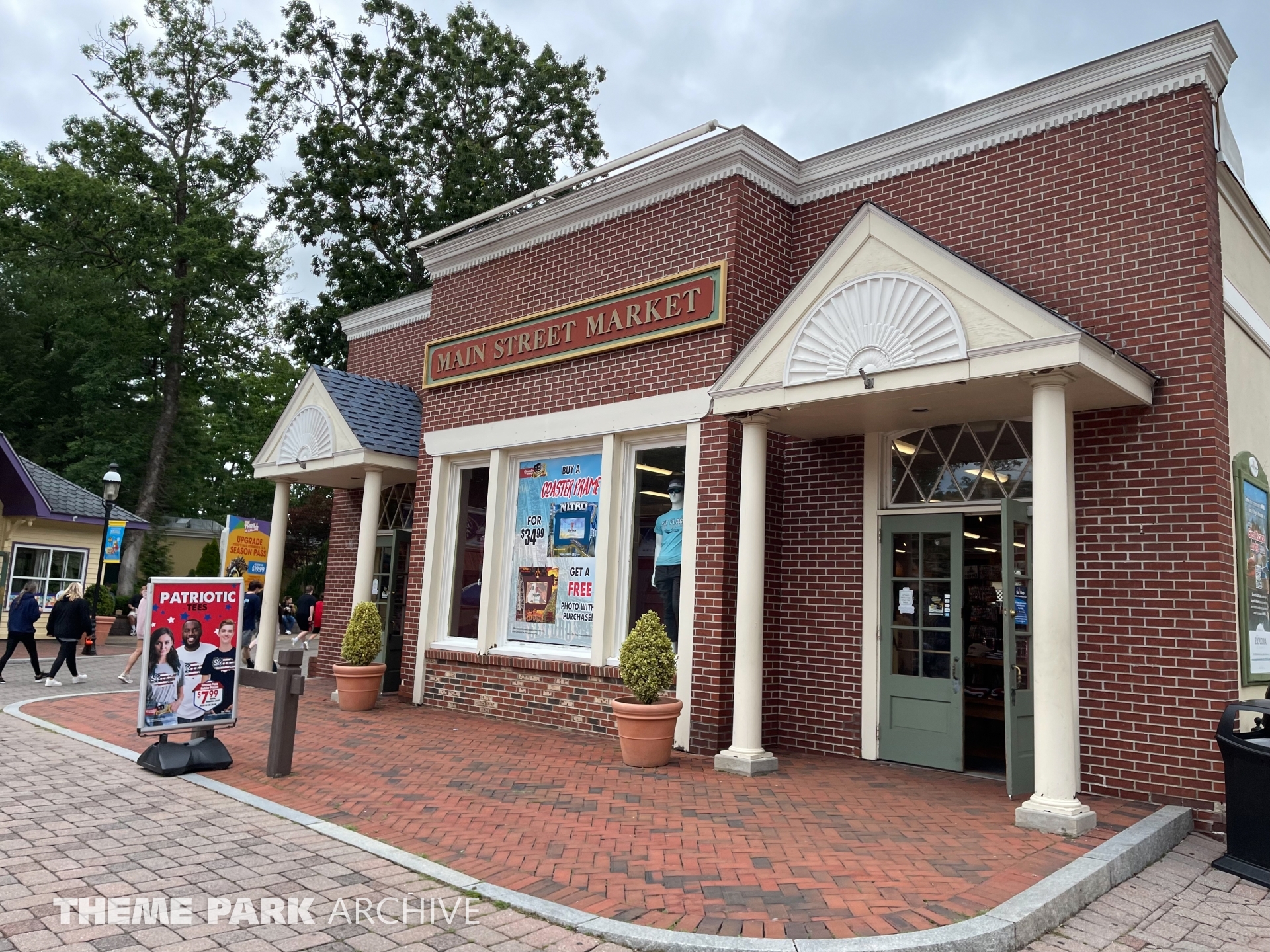 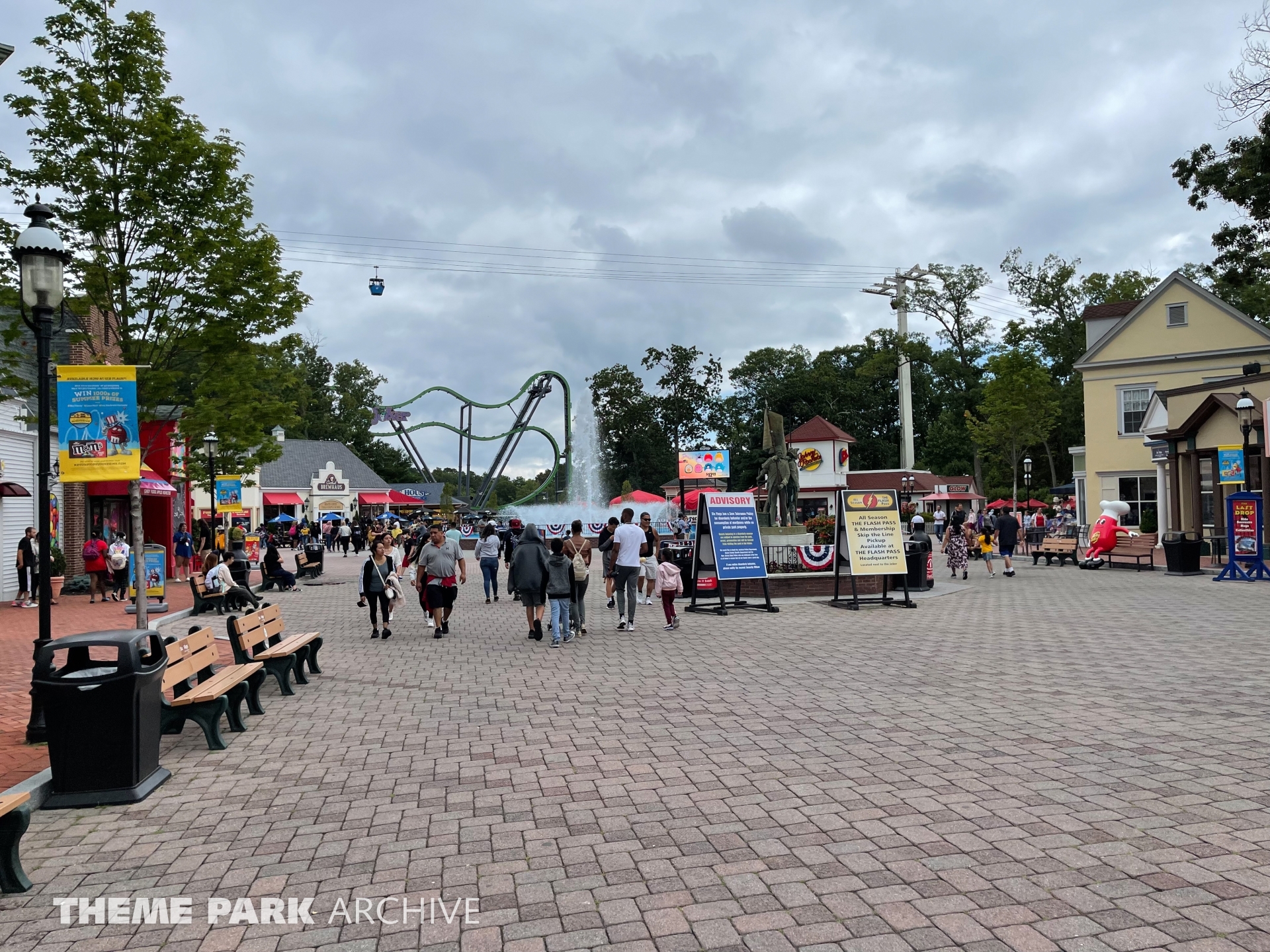 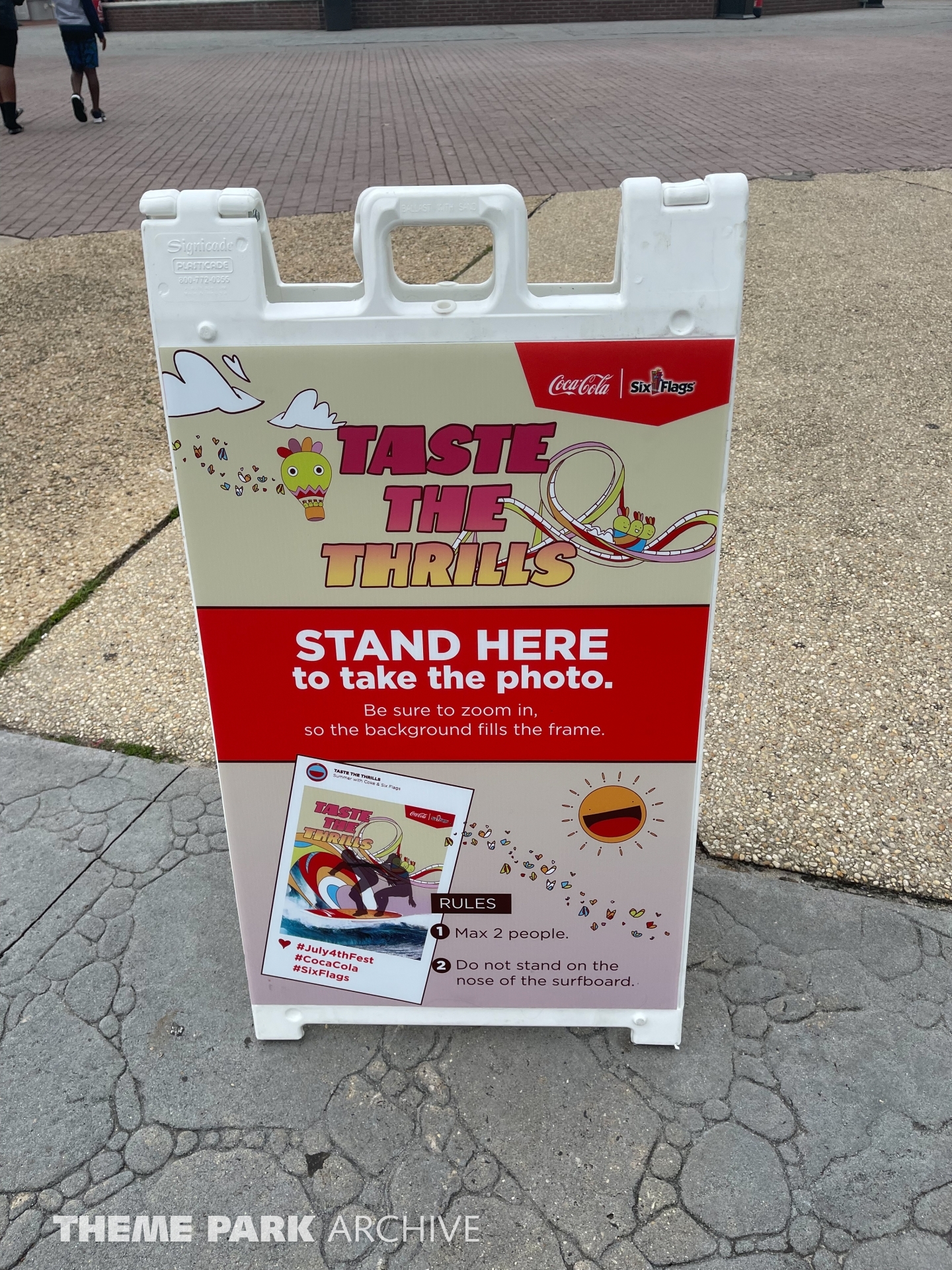 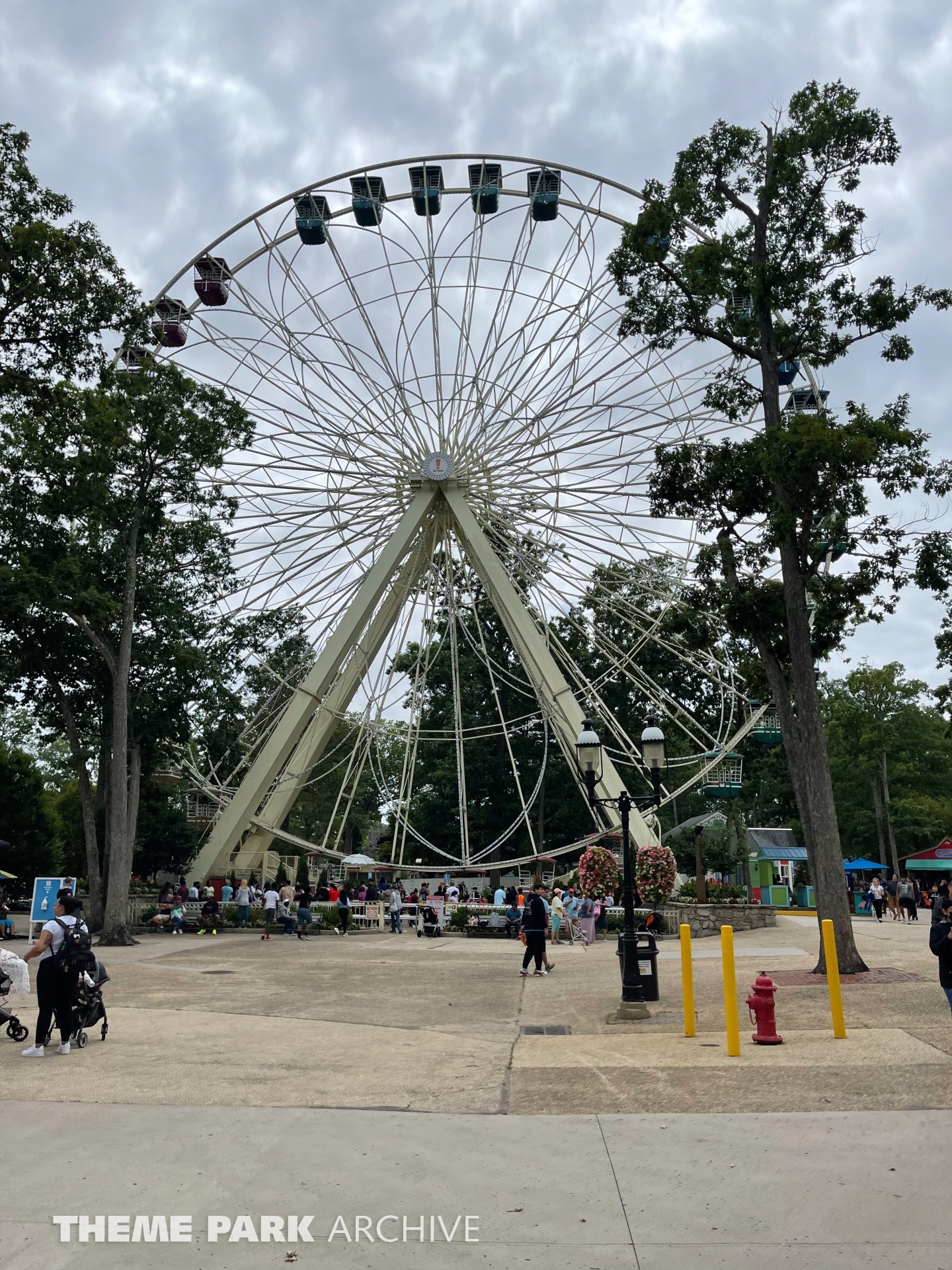 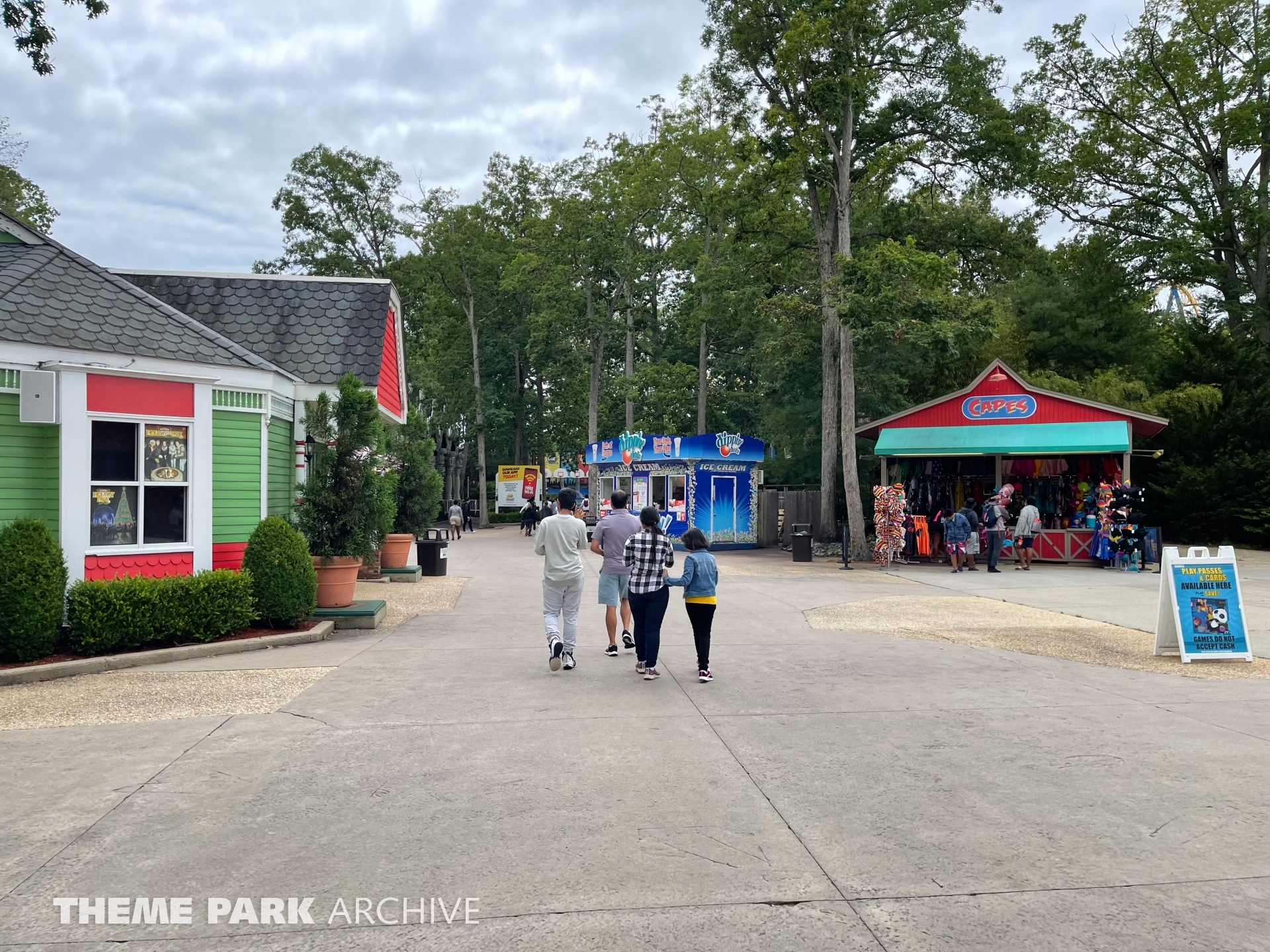 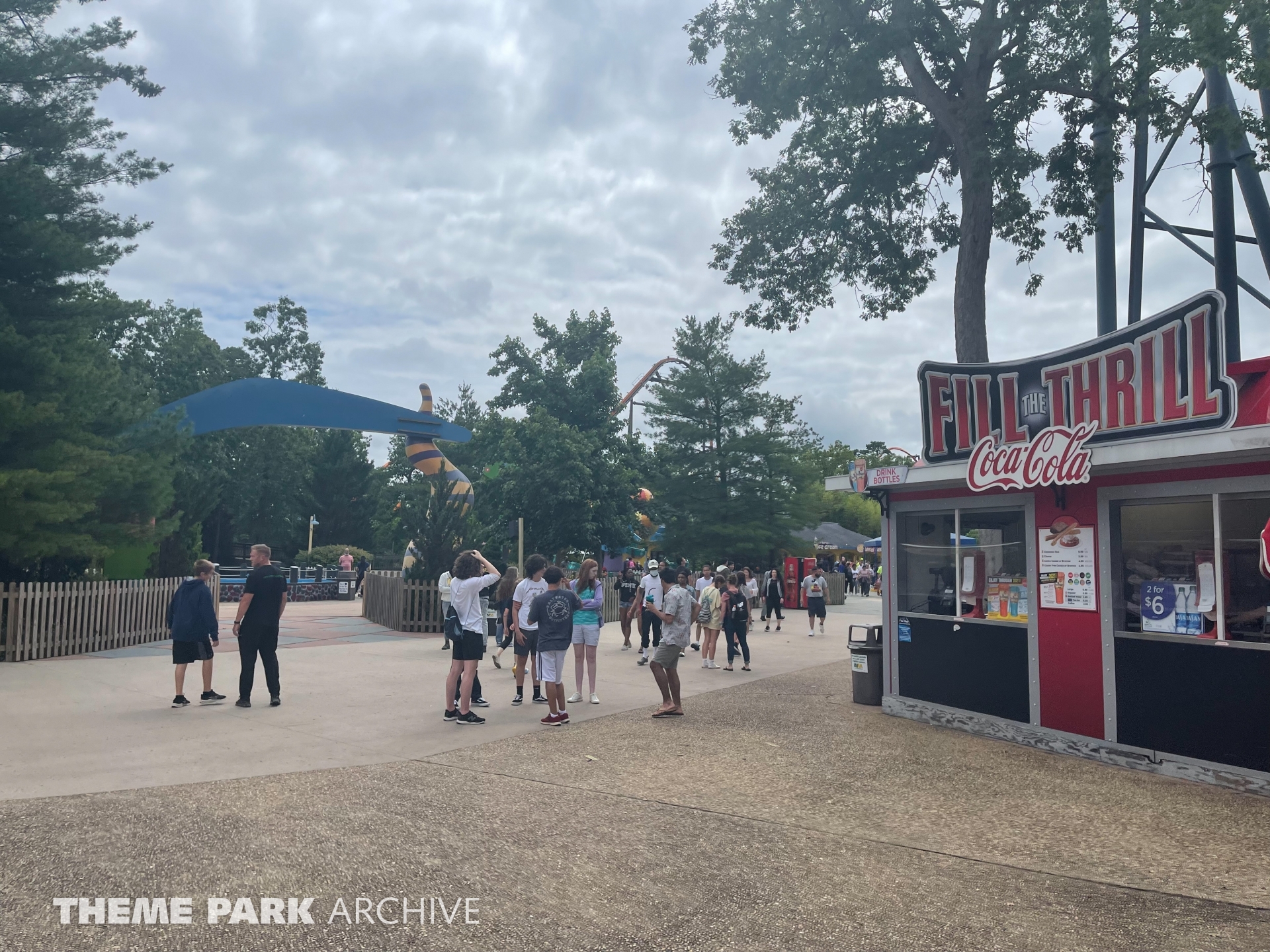 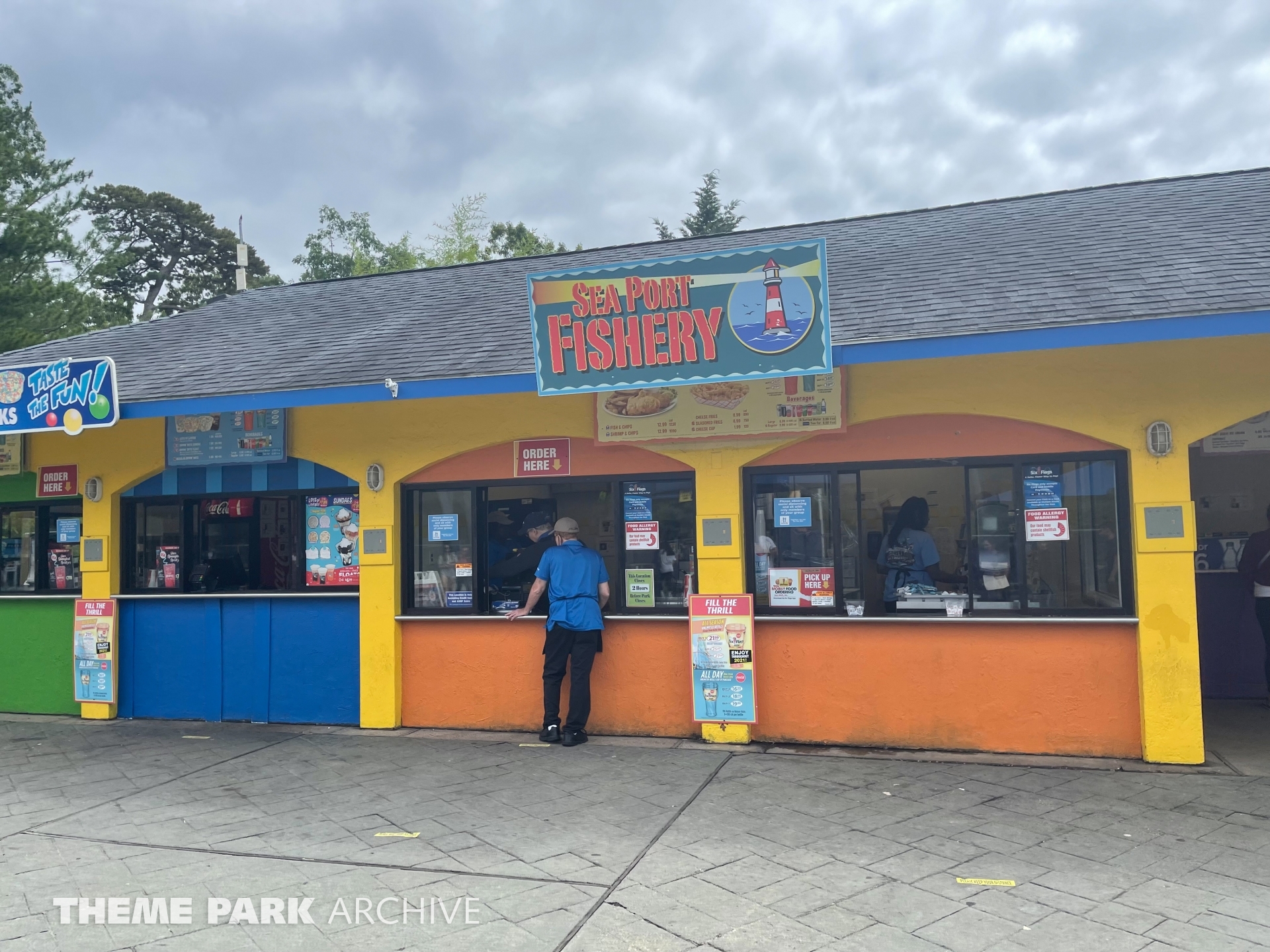 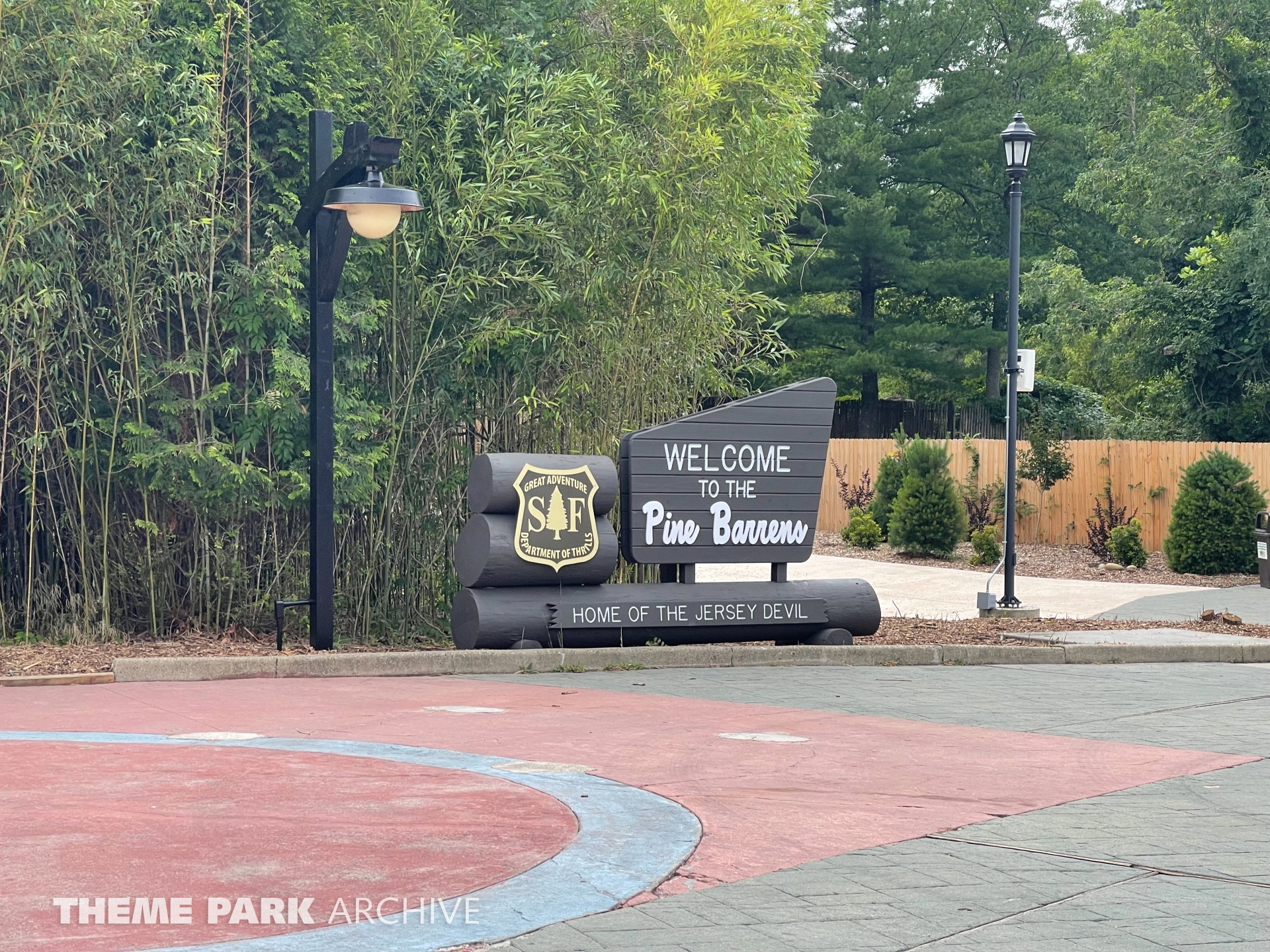 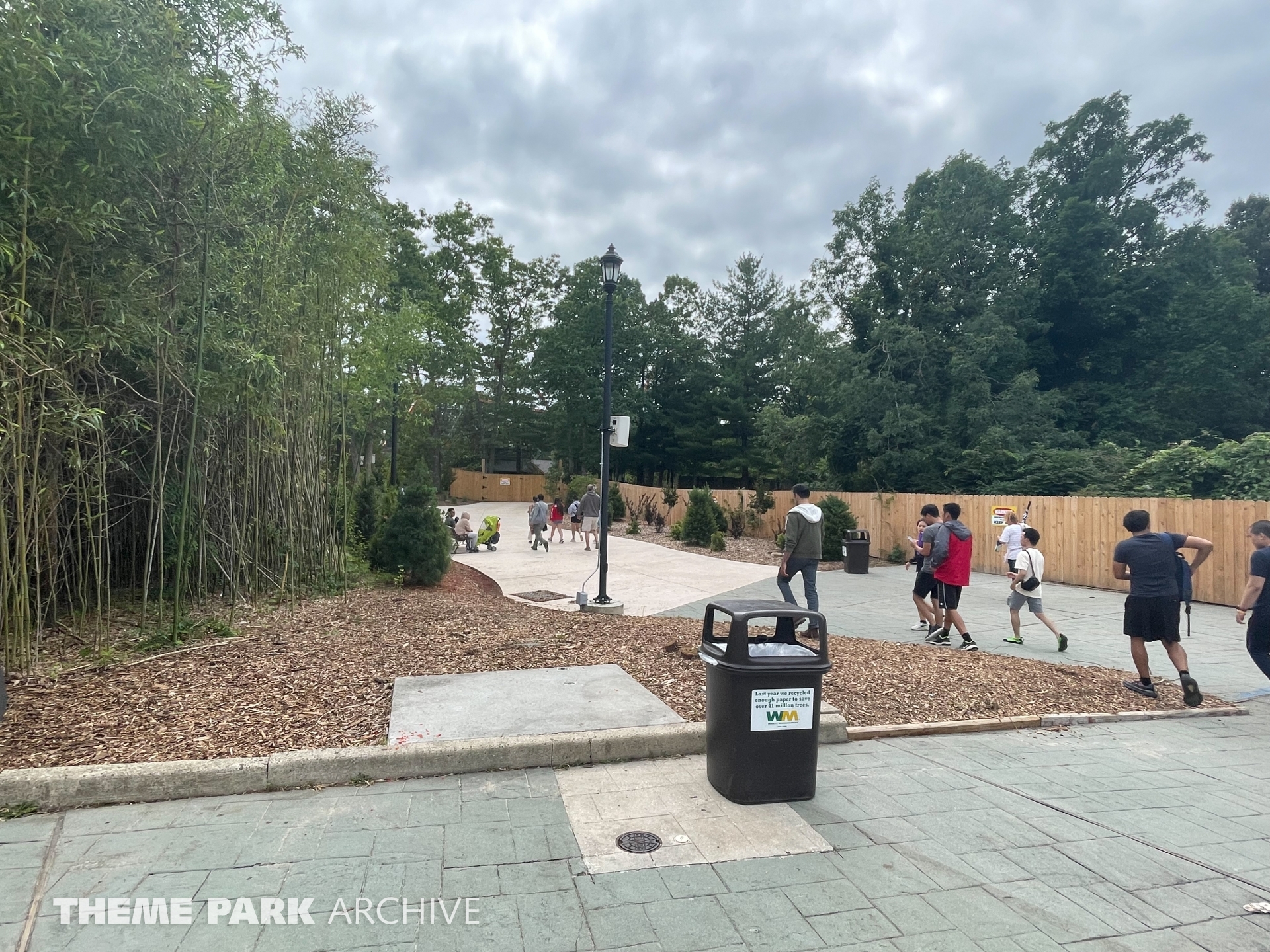 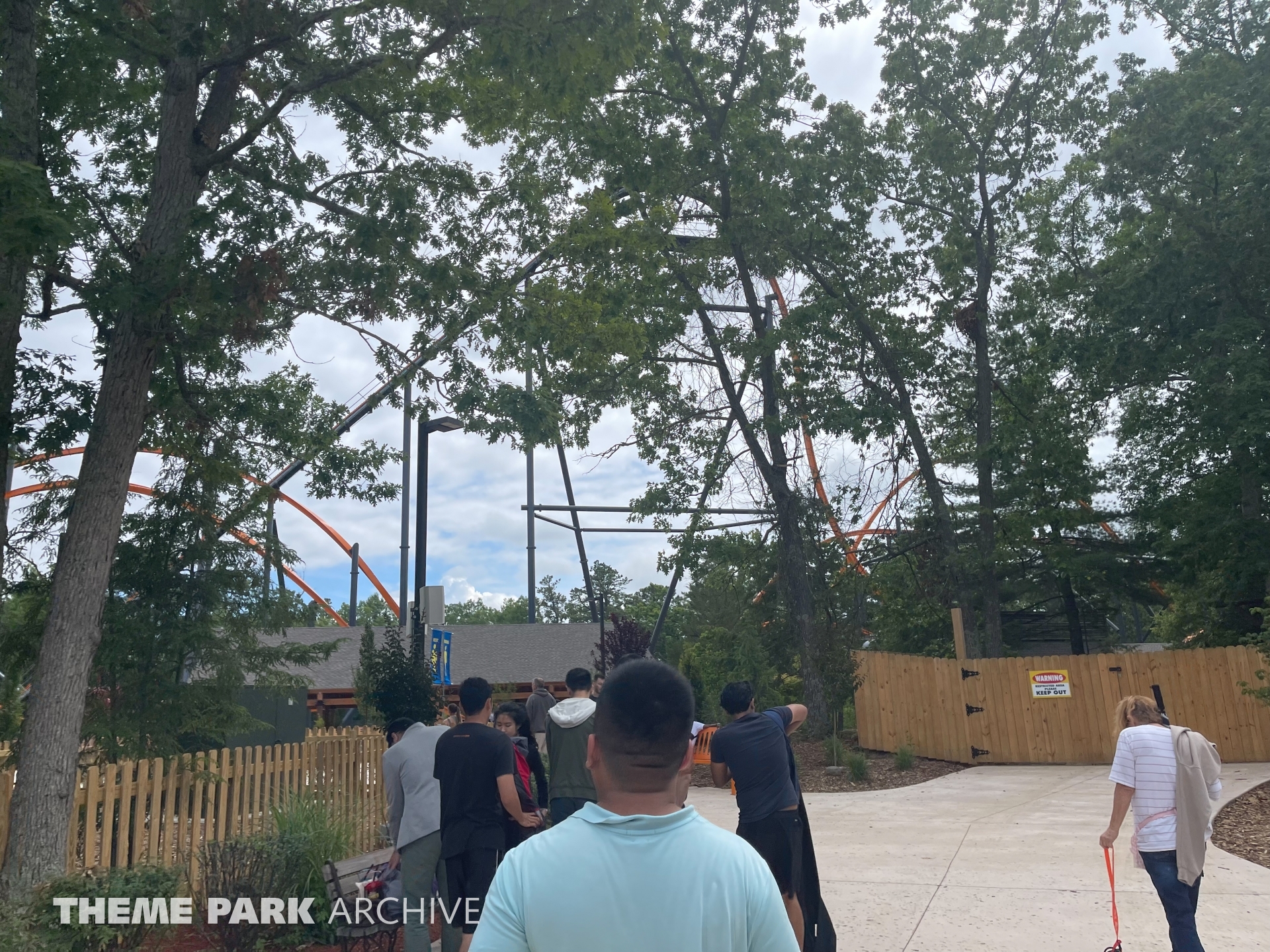 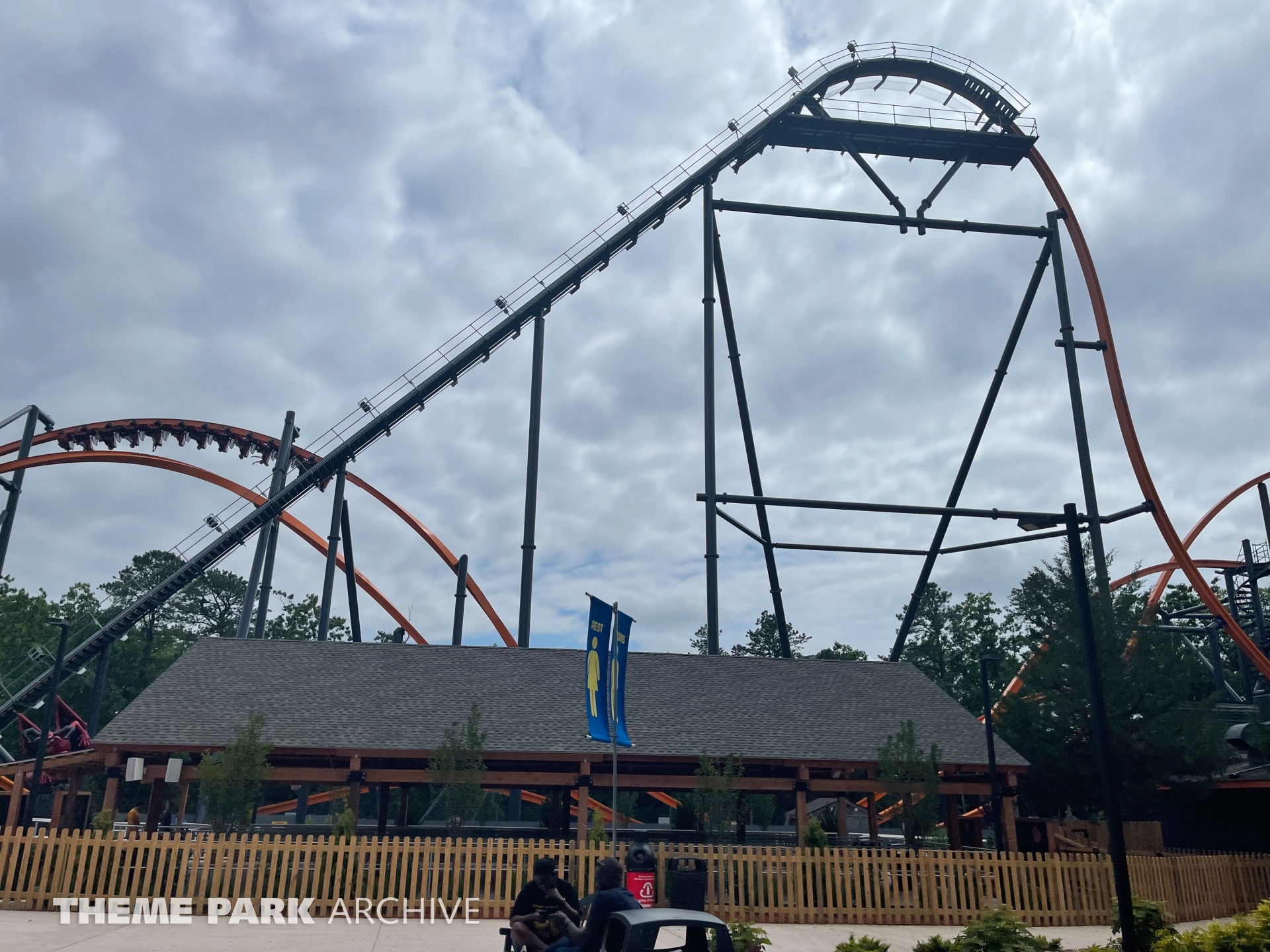 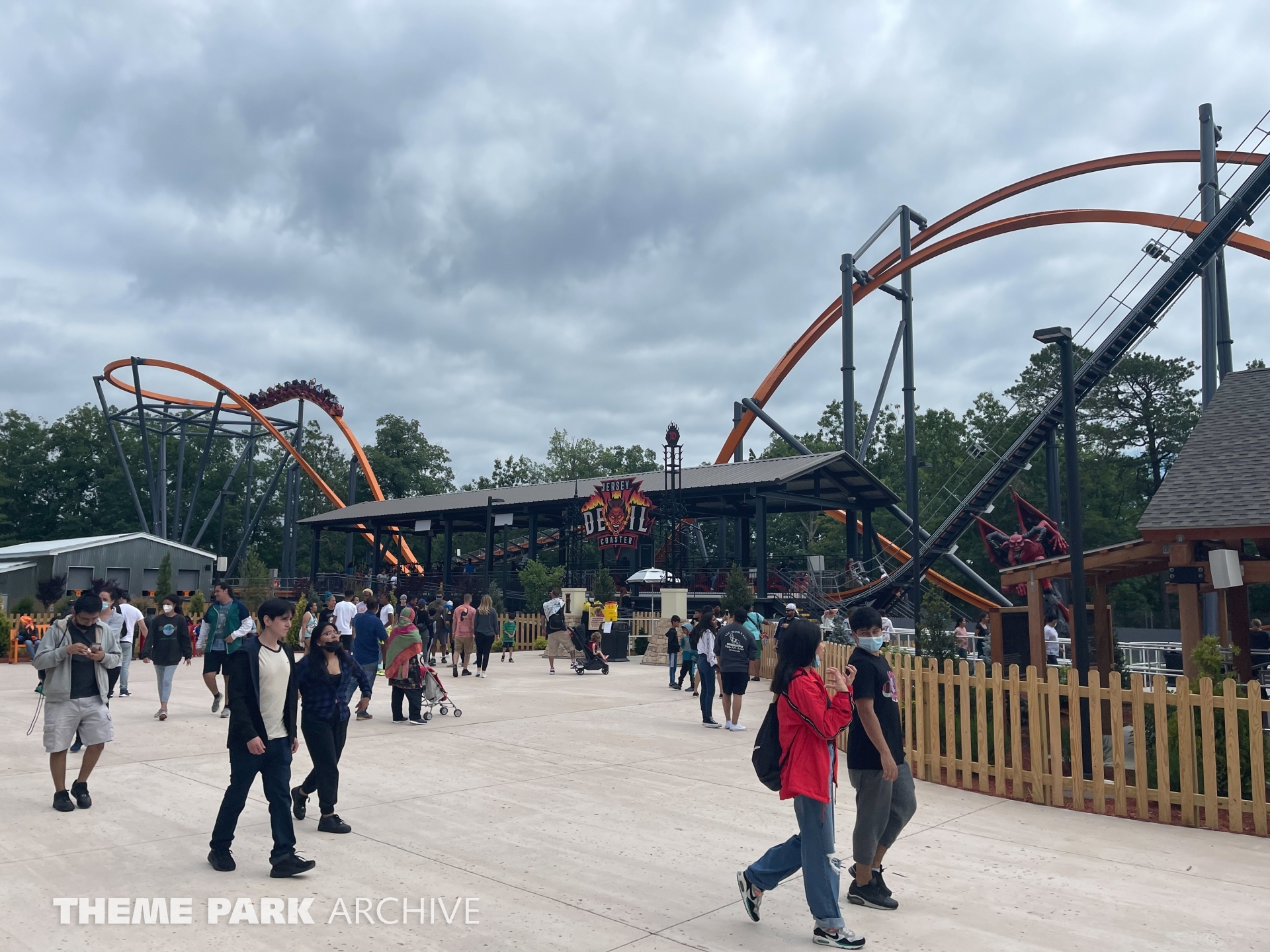 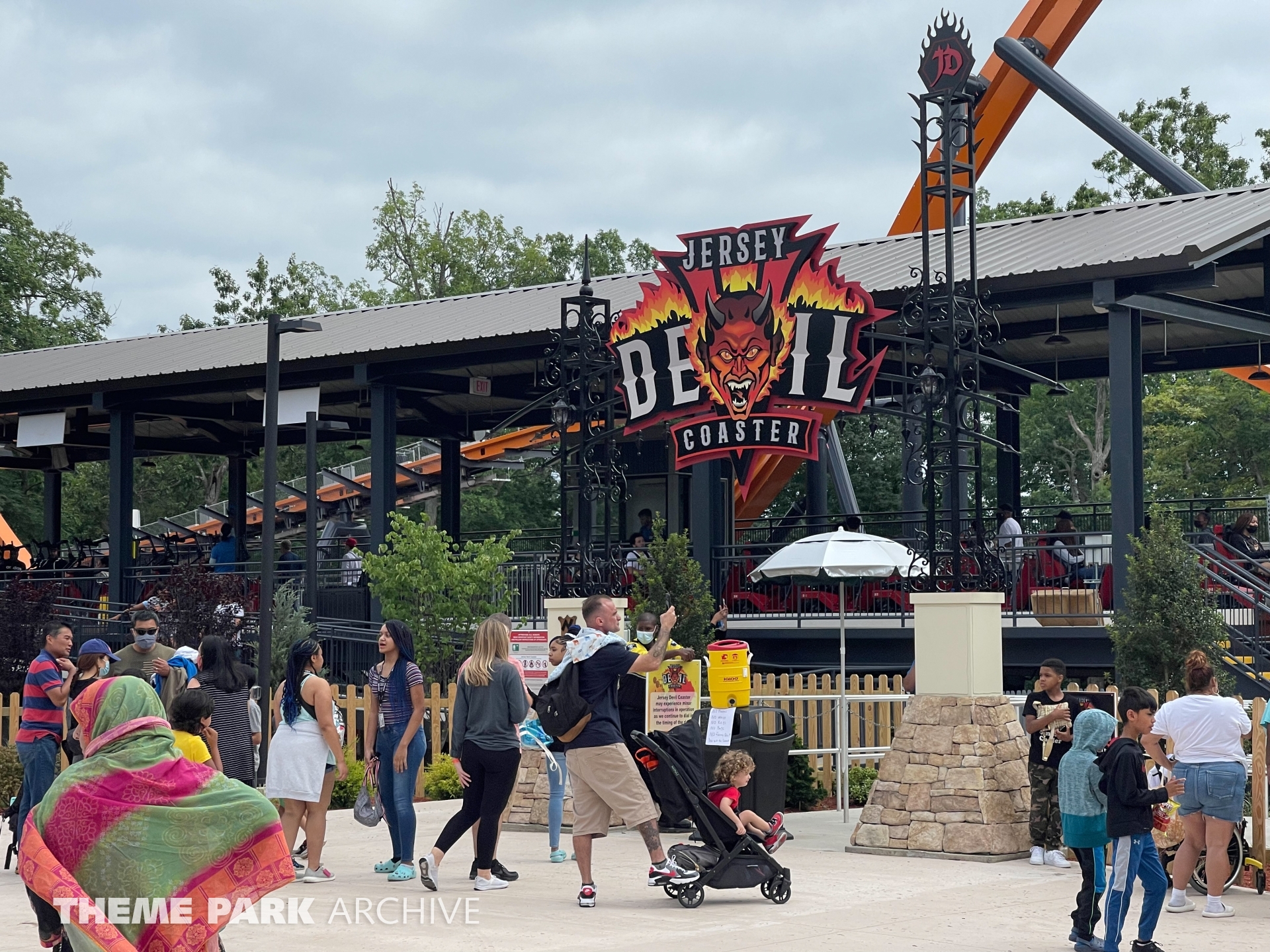 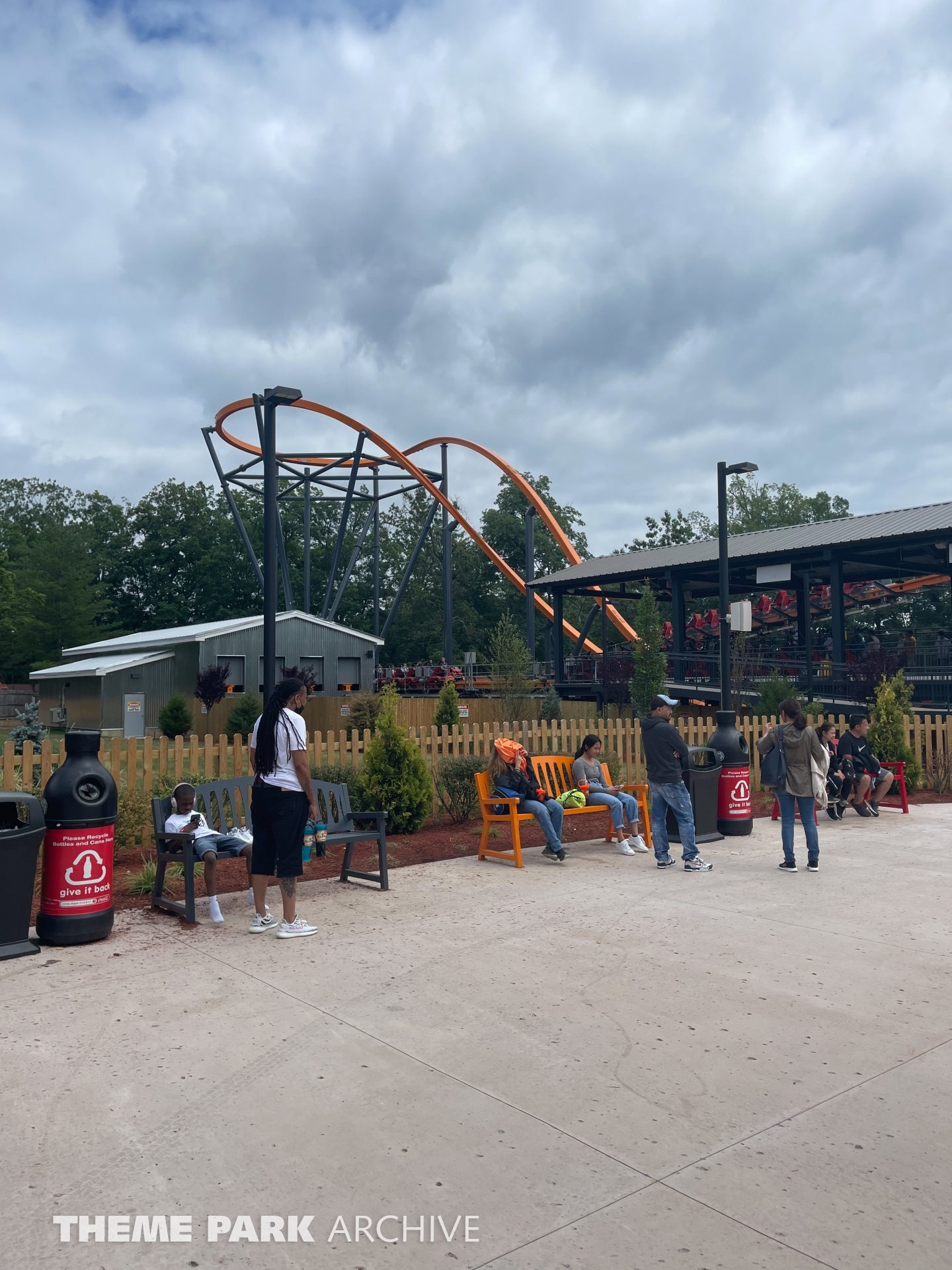 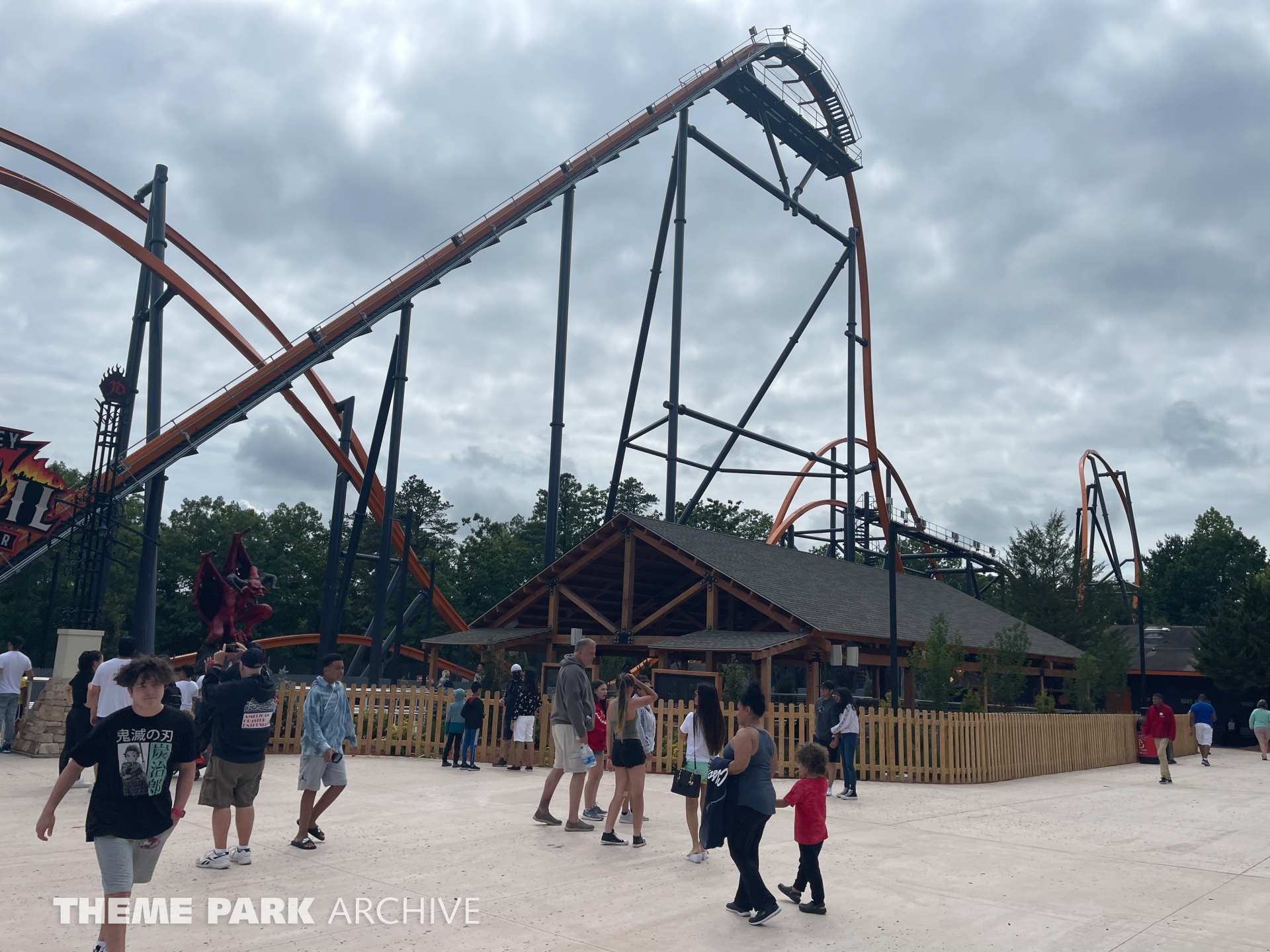 Jersey Devil Coaster - Six Flags Great Adventure
Date Taken: 07/03/2021
Date Posted: 12/14/2021
The park has a strict loose articles policy so we had to put our items in a locker. Sadly, the closest free lockers were by Nitro. No station photos this time. 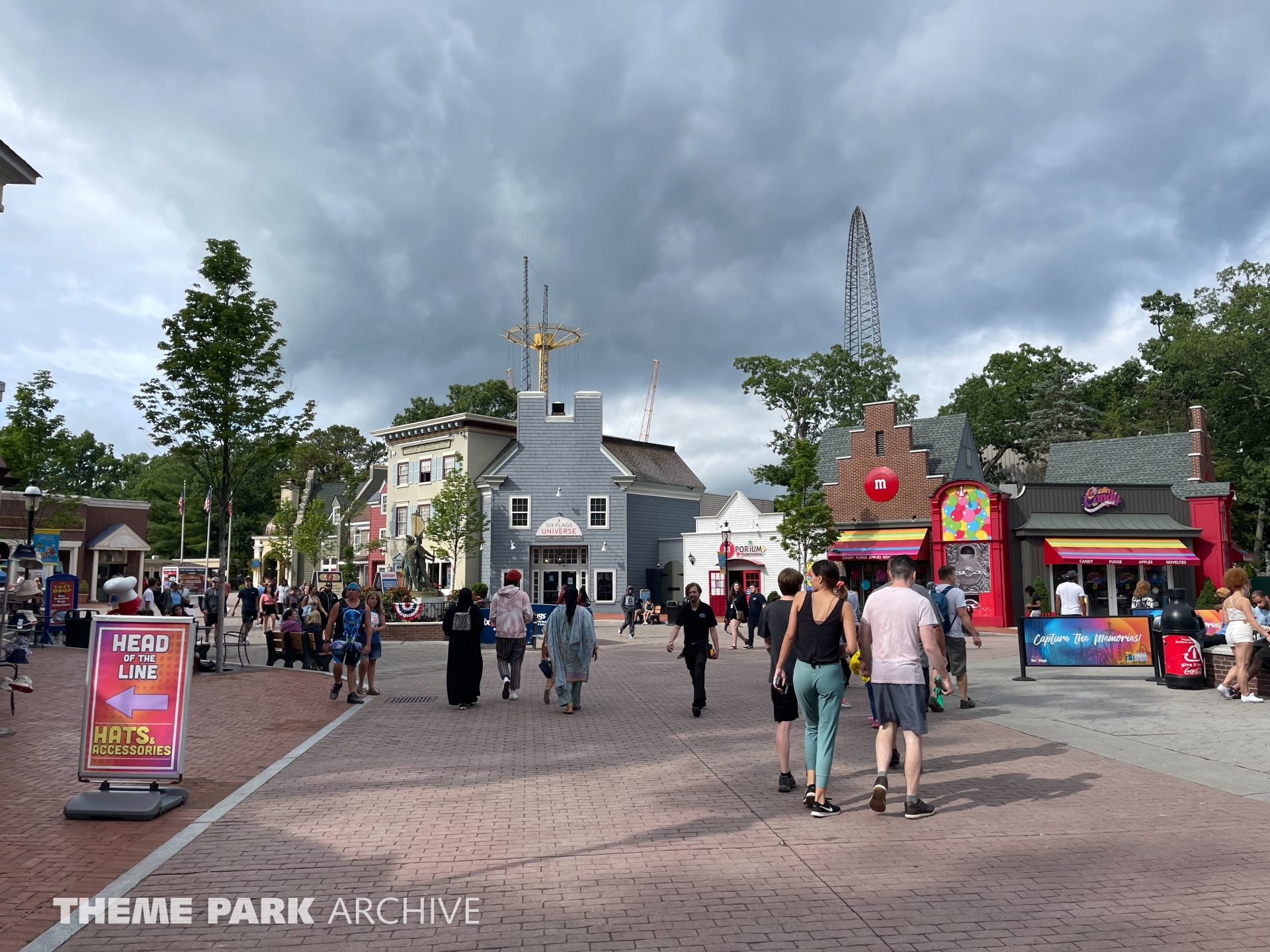 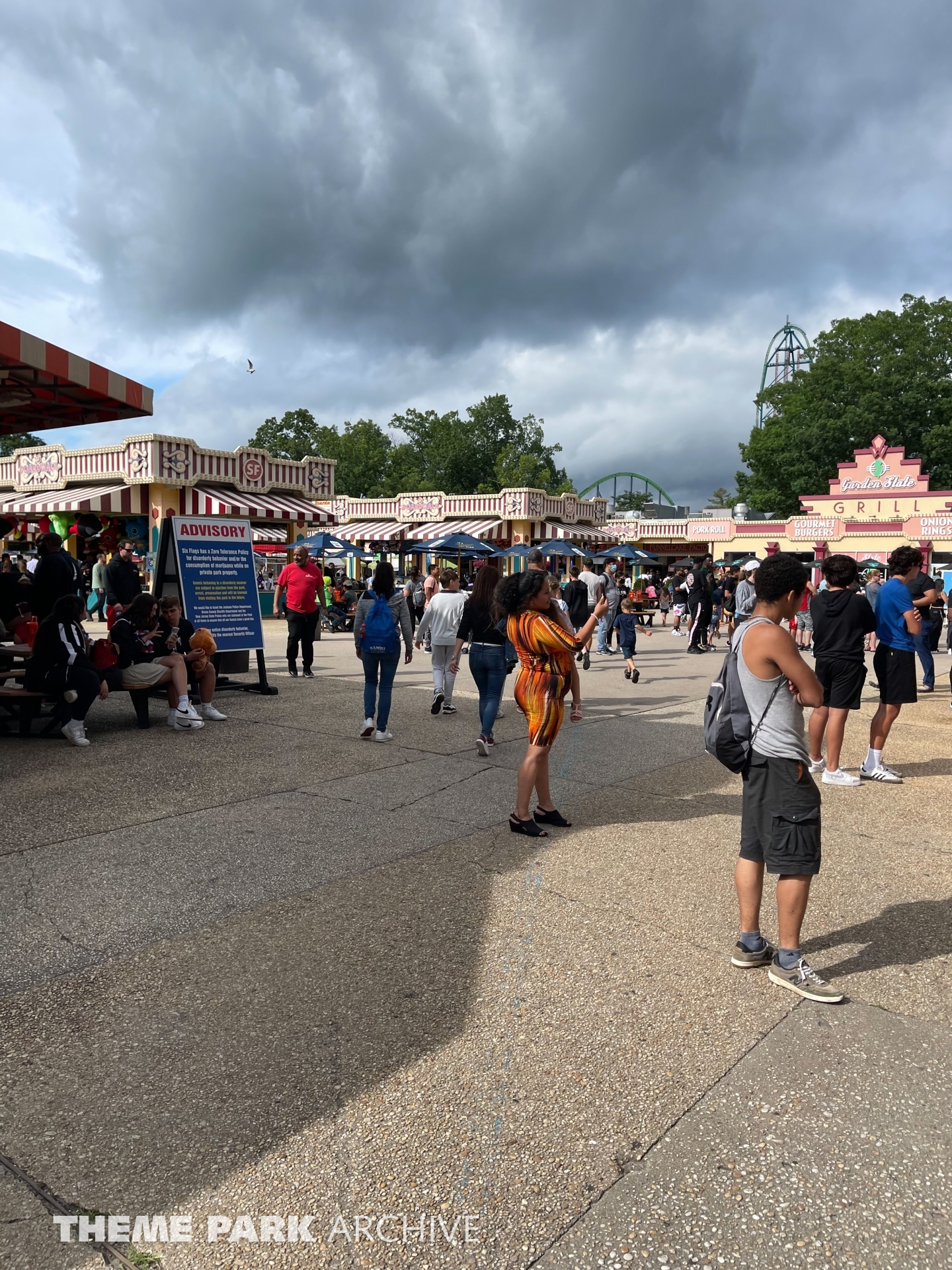 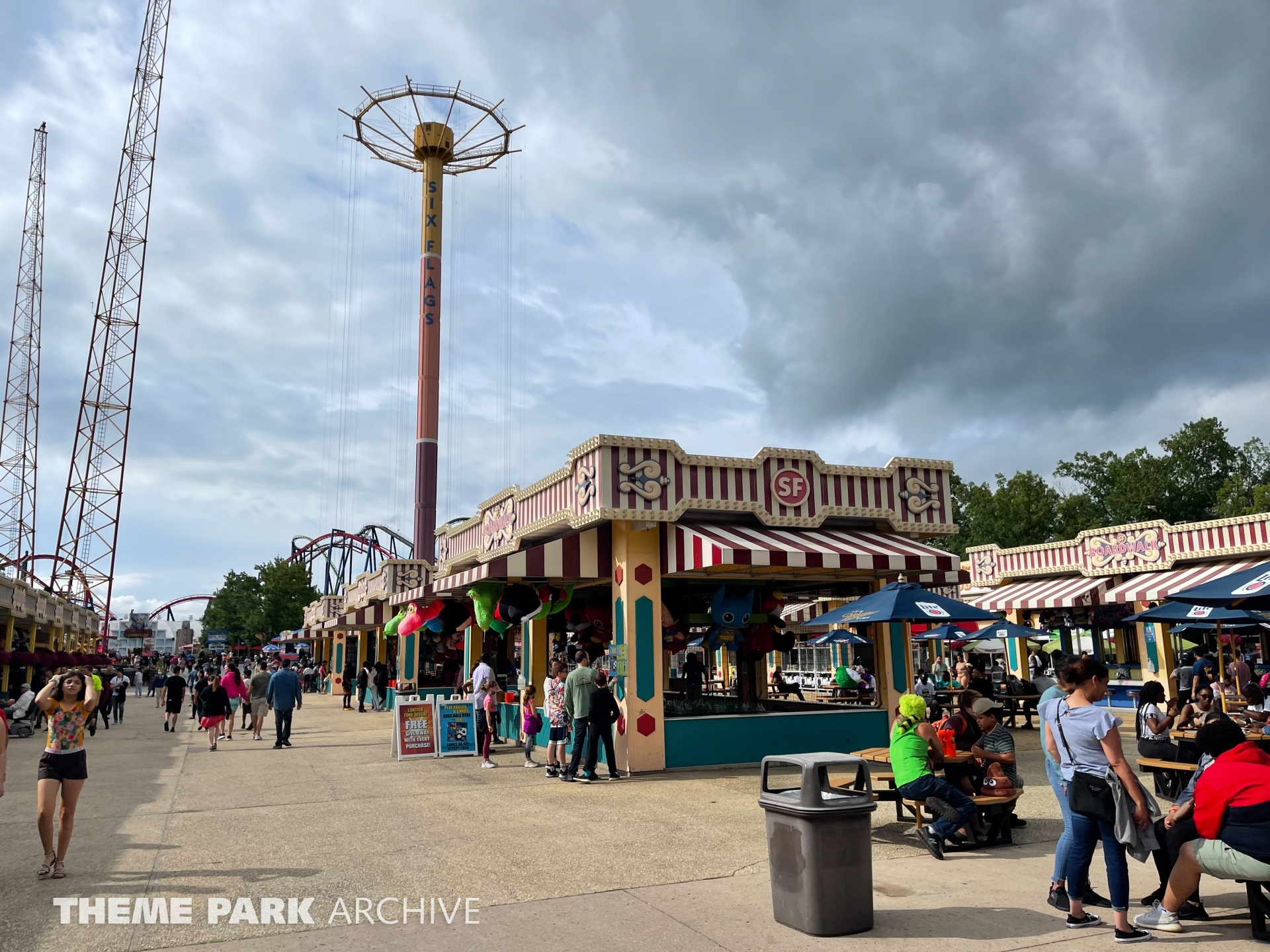 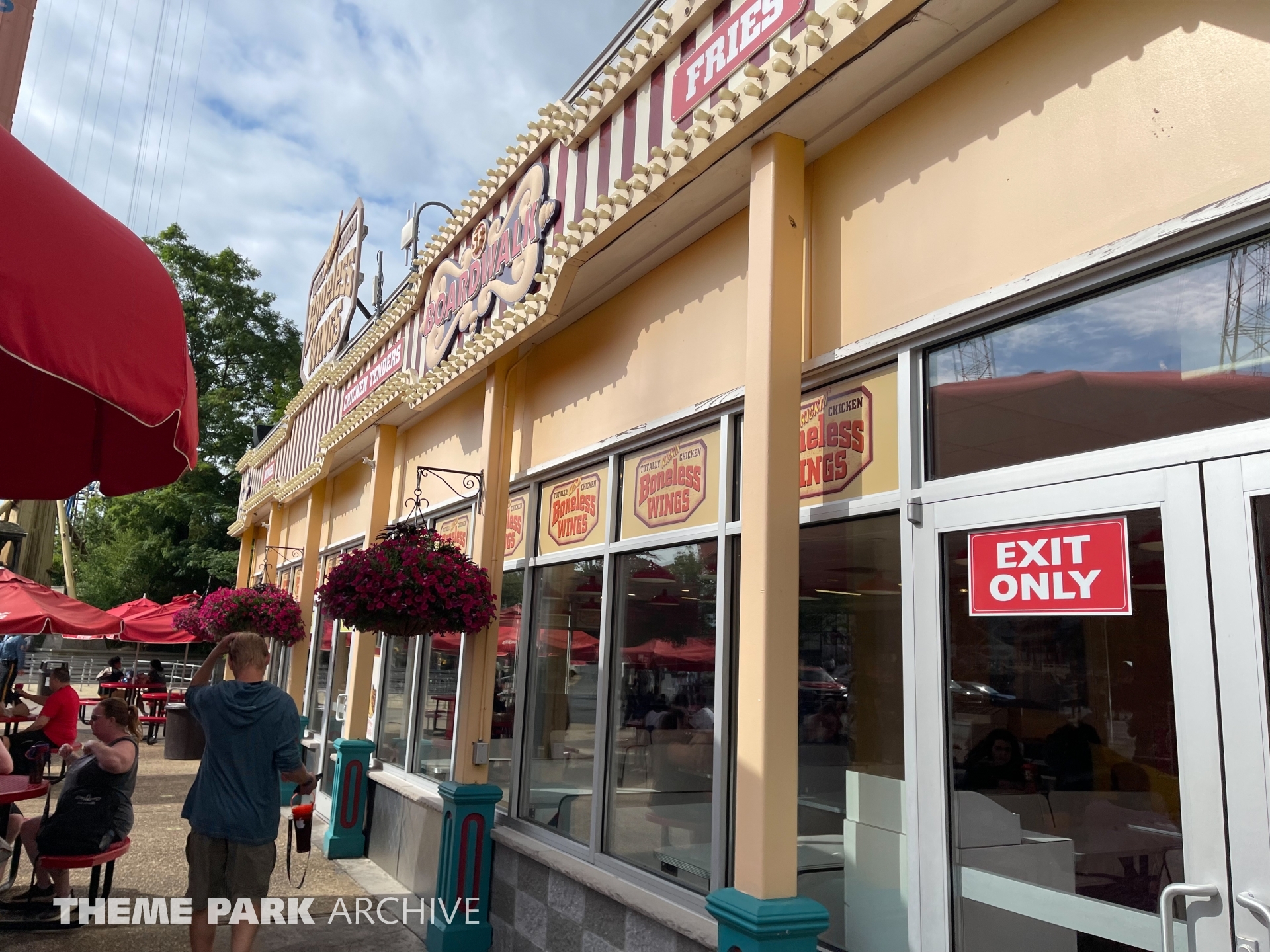 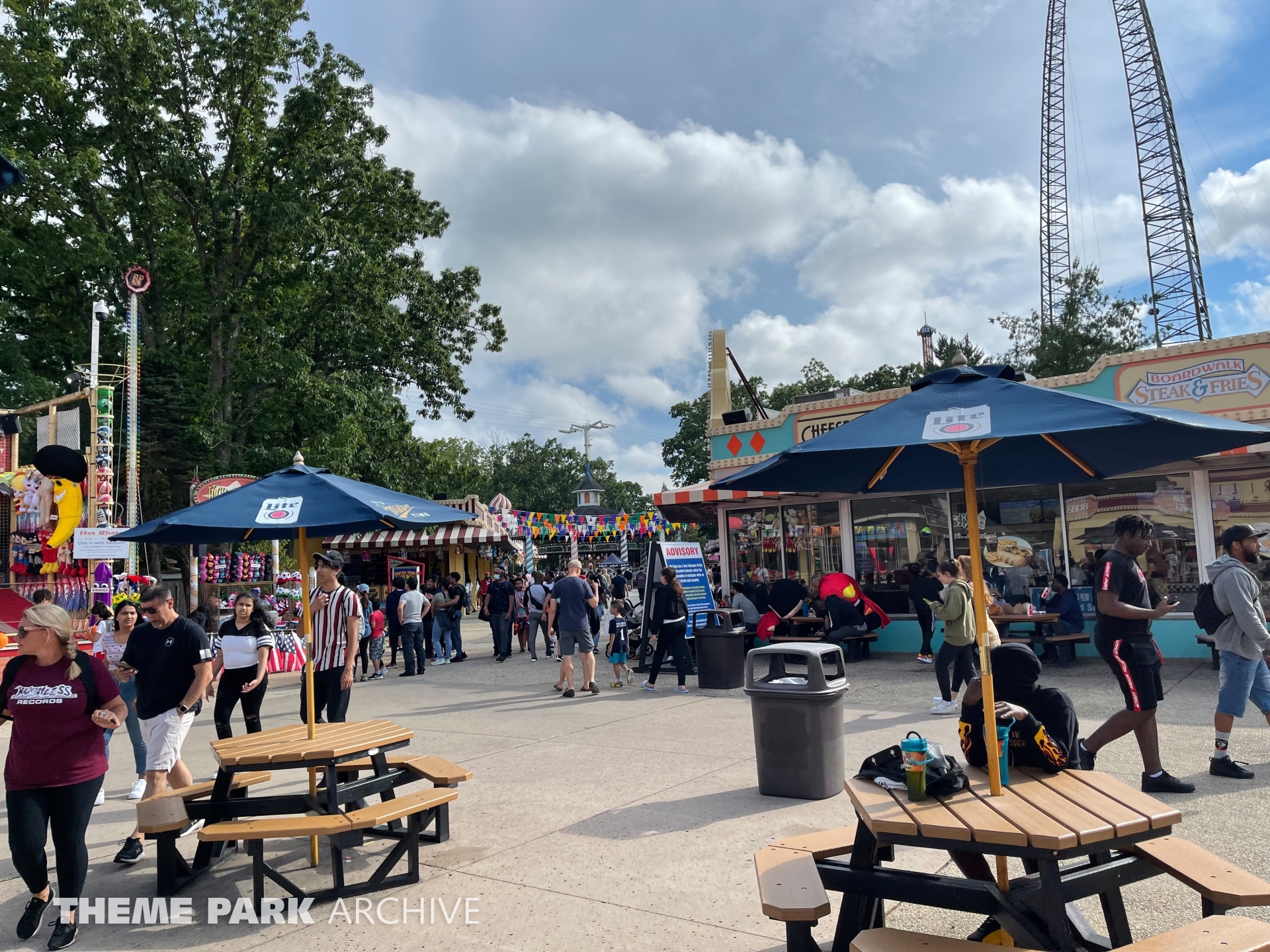